Never, ever, ever fly into Istanbul Airport.

If you have to fly TO Istanbul, fine. But if you’re catching a connecting flight…good luck.

I arrived at 5 am from New Jersey, deplaned on the tarmac, bussed to the terminal. And was told that I would not know what gate my flight was at for Tel Aviv until 30 minutes before it departed.

I was then given the wrong gate three times and barely made it to the plane 5 minutes before departure. God forbid I would have carry-ons, children, or not been able to run a mile in 6.5 minutes. Because everything would have been left behind. And from the number of parentless children wandering the airport, it was clear I wouldn’t have been the first to make that decision.

Otherwise I might still be sitting in Istanbul to this day, just missing each new flight as I chased boarding gates around, never quite reaching one.

But make it I did and several hours later, landed in Tel Aviv, made it through customs, and found the guide for the tour group for Israel.

Our guide, Guy, gathered us up as we came in drips and drabs by the luggage carousel. This was my first tour group and I was staying quiet and to myself. I had been warned that tour groups to the Holy Land could attract odd ones and, quite frankly, I was not there for personal reasons including quiet reflection and to explore the roots of my faith. The rest of the group seemed as quiet and to themselves and quickly it became apparent that this would not be a drinking and carousing crowd.

Once gathered and bags collected, we headed out to the tour bus, stored our bags, and then headed into Tel Aviv to the Hotel Cinema. A reception area with light refreshments awaited us while we were given packets to our assigned rooms. I  paid the additional fee for a single rather than take on a roommate. Quiet and solitude was seriously what I was seeking.

As noted, this was my first tour group. Normally I travel alone, so was not used to having to do the whole “group” thing which included a meeting where we were given our itinerary, some basic rules (stay with the group, don’t wander off) and a headset that Guy our Guide could broadcast through over the next week or so. THis was nice, since pretty much no matter how far I wandered off, I would be comforted by his dulcet tones in my ear explaining whatever he was directing the group toward.

The question came up, of course, with regard to our safety. Guy handled the question with grace, explained that we would be fine. He was not dismissive of the concern, but it was clear he was used to getting questions about violence, kidnappings, and the like. On the other hand, the history of violence couldn’t be ignored, especially given the double vault doors to our rooms. 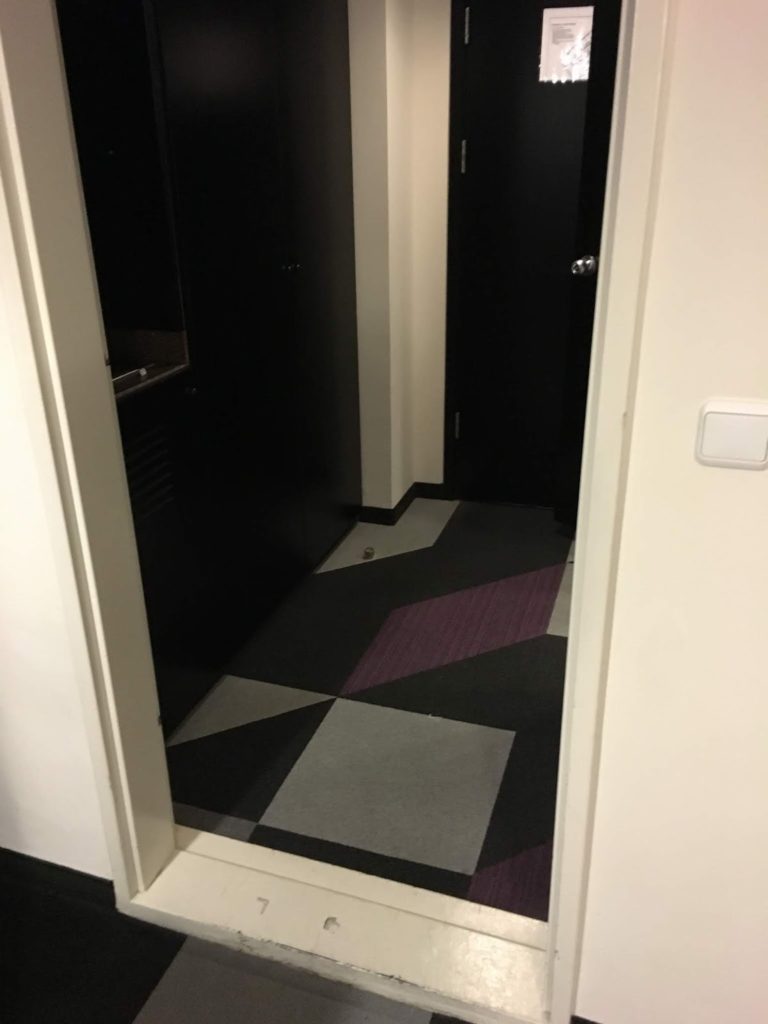 The rooms, the staff, and the dinner were quite good. The balcony view of the city with musicians and drinks, unfortunately, reminded me that I had not slept in nearly 24 hours (no I don’t sleep on planes) and after a quick walk through the neighborhood for orientation, I immediately crashed.