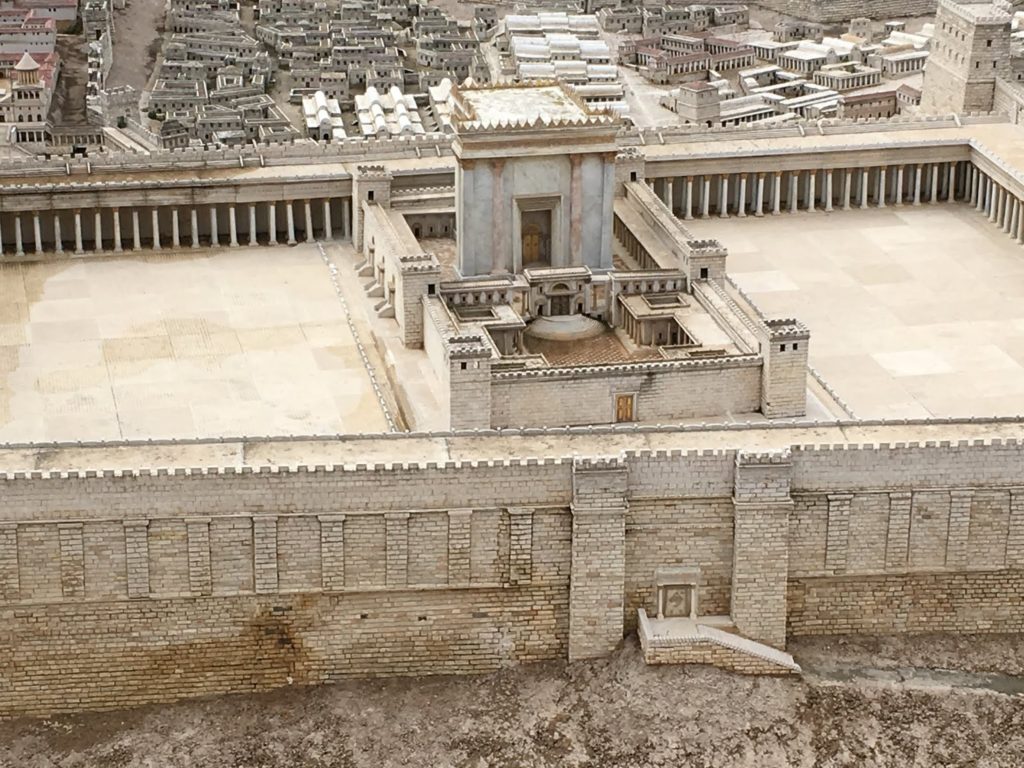 This was it. The center of the three major western religions – Judaism, Christianity, and Islam. Where the Temple of Solomon stood, where Jesus was crucified, where Muhammad ascended into Heaven. A city that has been continually occupied for 5,000 years in one way or another.

We arrive at the old city and the soaring walls completed by Sultan Suleiman I in 1541. The same year Pizarro was assassinated and DeSoto reached the Mississippi. America was still in the control of the Tribes and European explorers were barely grazing the surface of the continent. 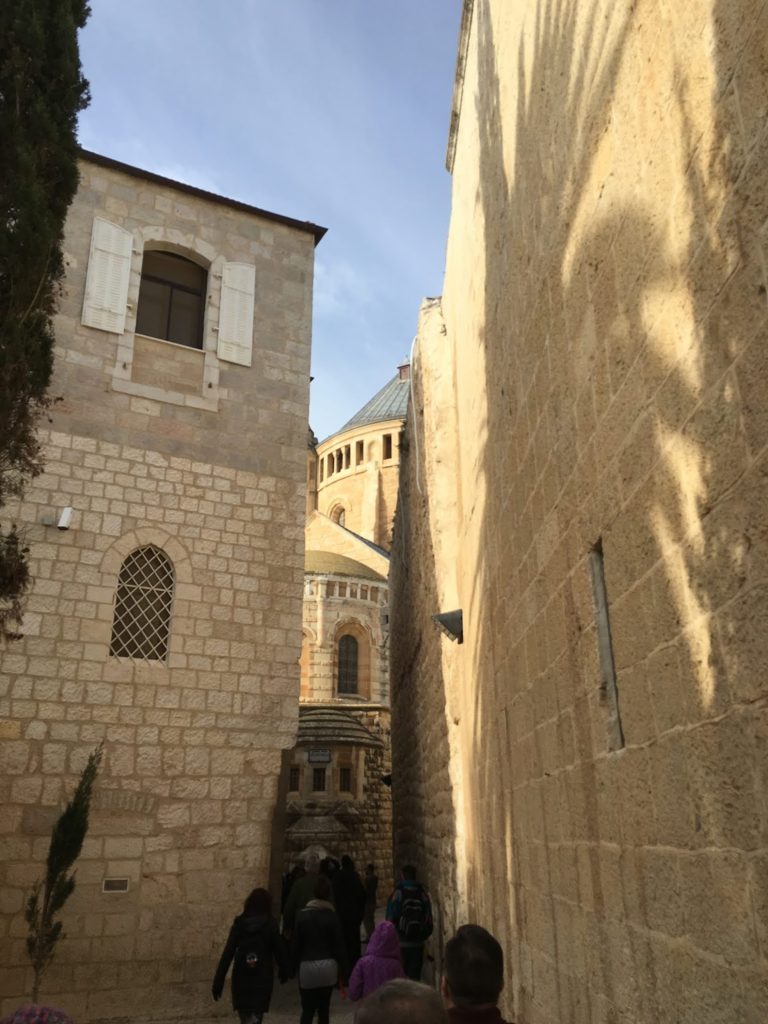 Inside the gate the streets are small. We enter into the Jewish quarter and first visit the traditional room of the last supper 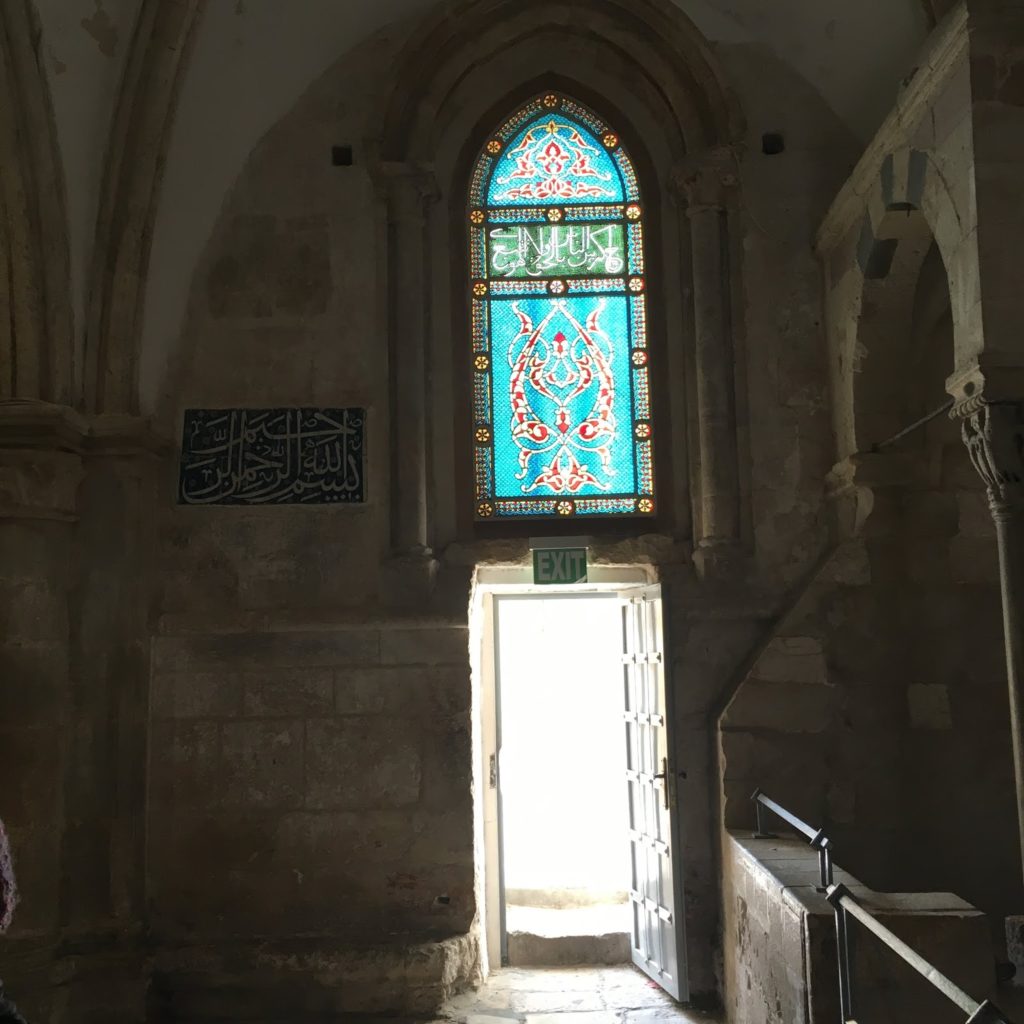 and the tomb of King David. 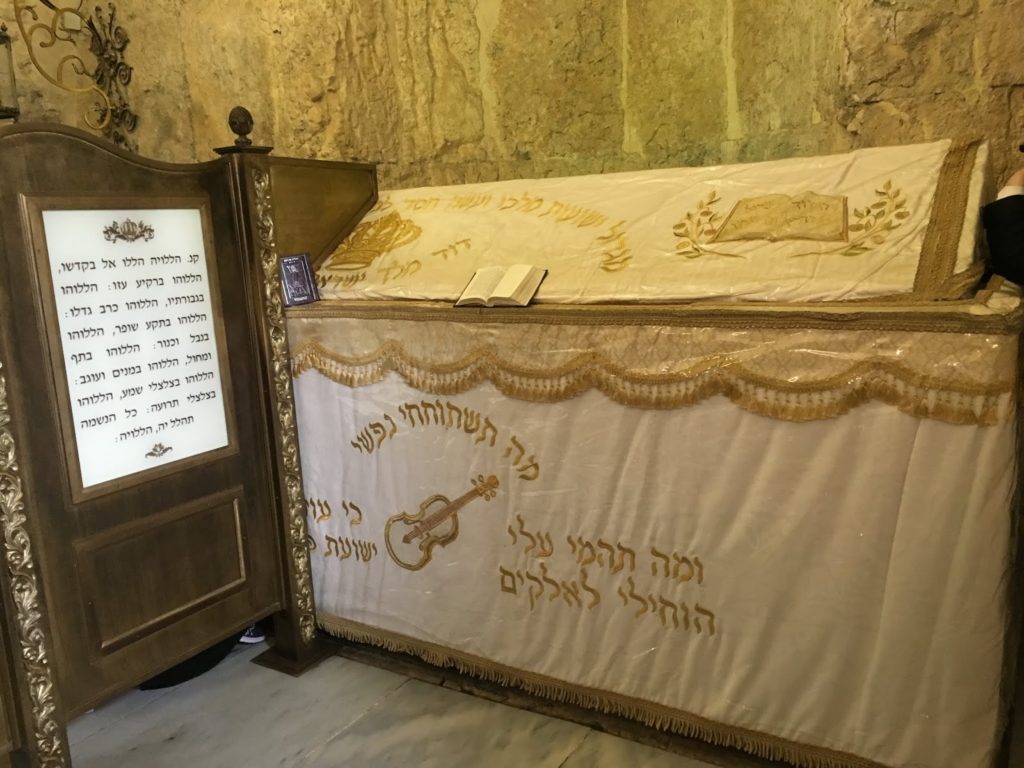 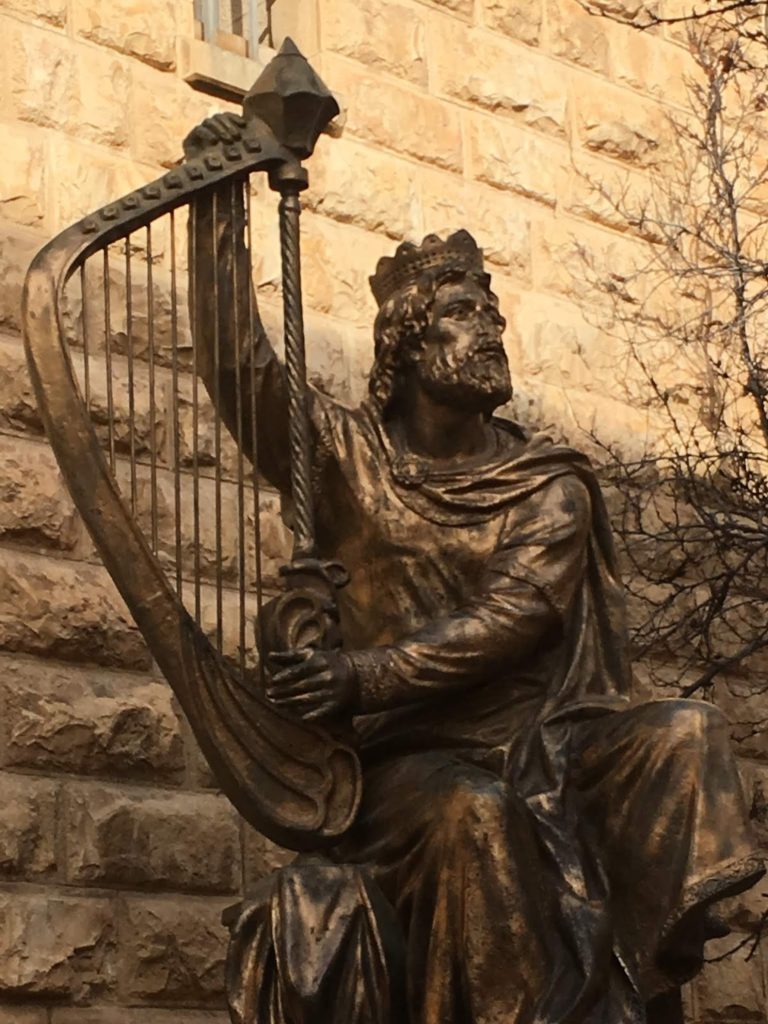 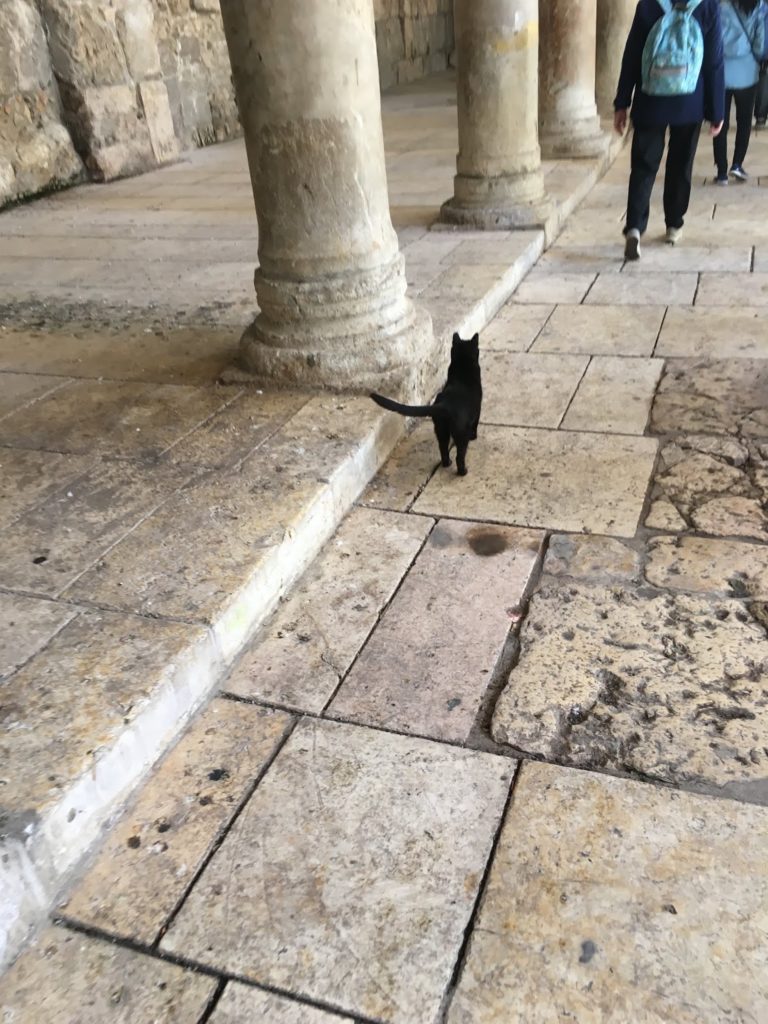 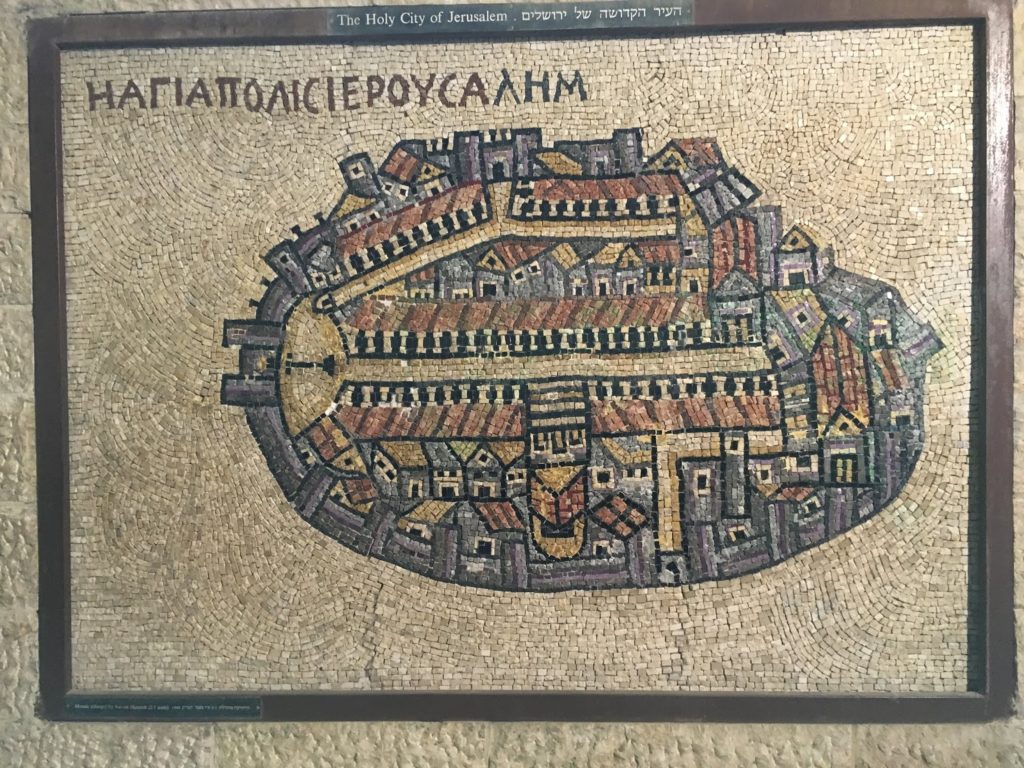 to the Western Wall. 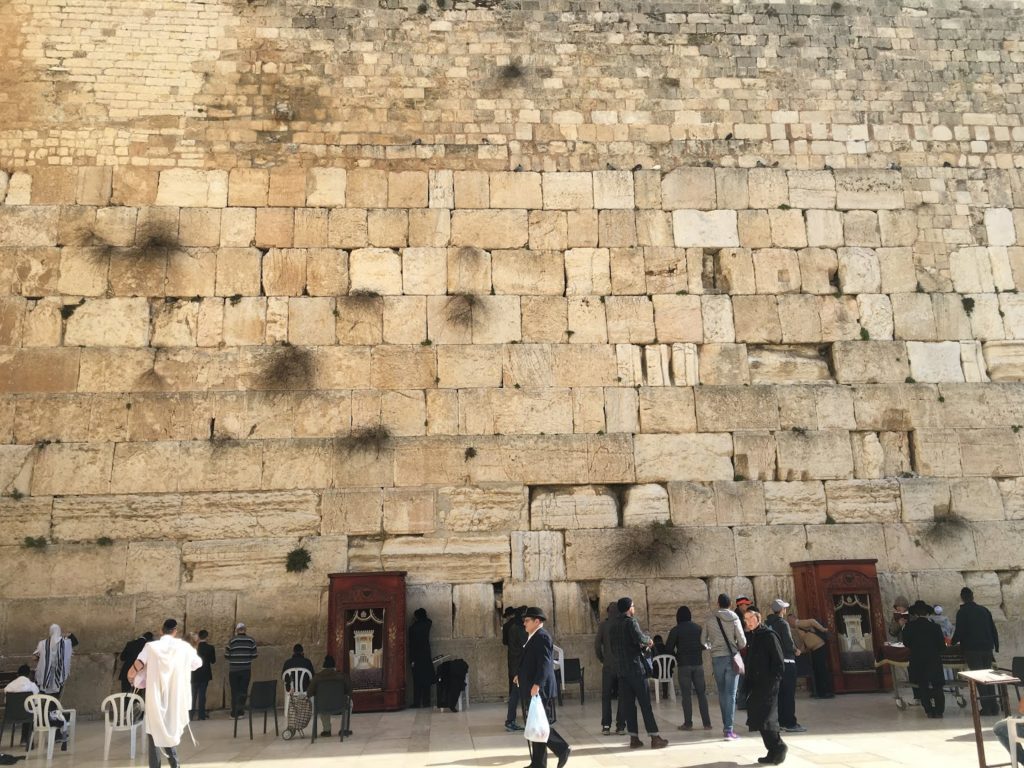 Feral cats are everywhere and friendly, almost desperate for a scratch and attention. I crouched to take a photo of the wall and temple mount and several jumped onto my knees and back. 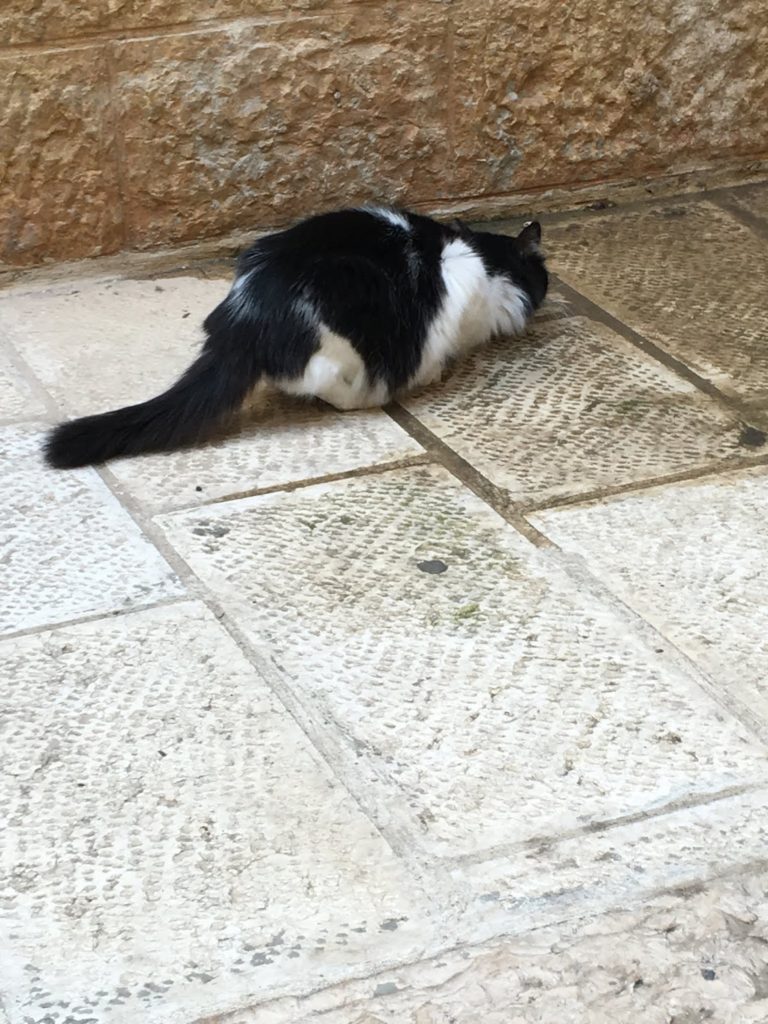 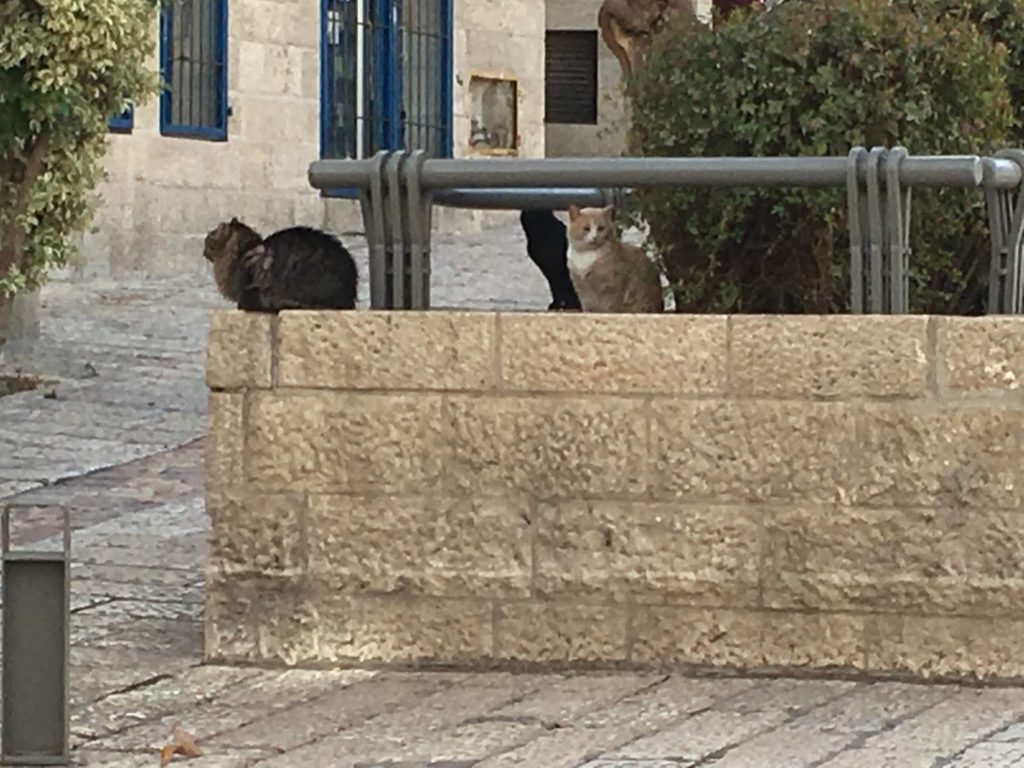 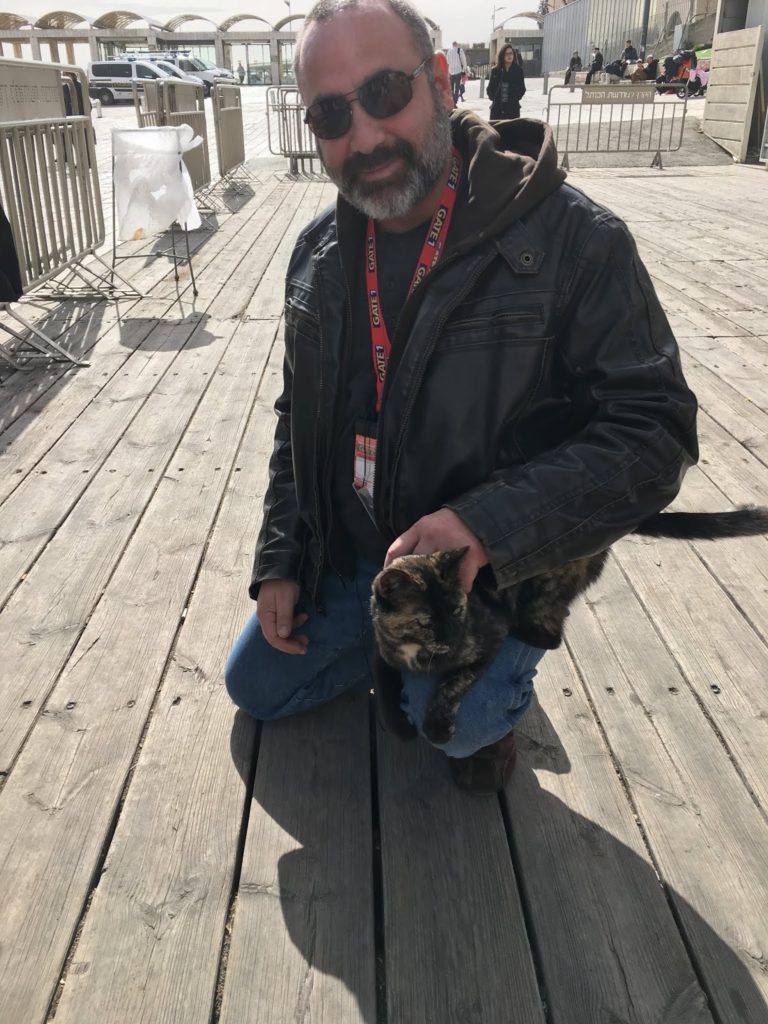 We did not do the tunnel tour, although we wanted to, but instead headed past shops and food vendors, most just opening, to walk the Via Dolorosa. Even for someone who is not wrapped in faith, the emotion and significance are embedded in the street and stone. 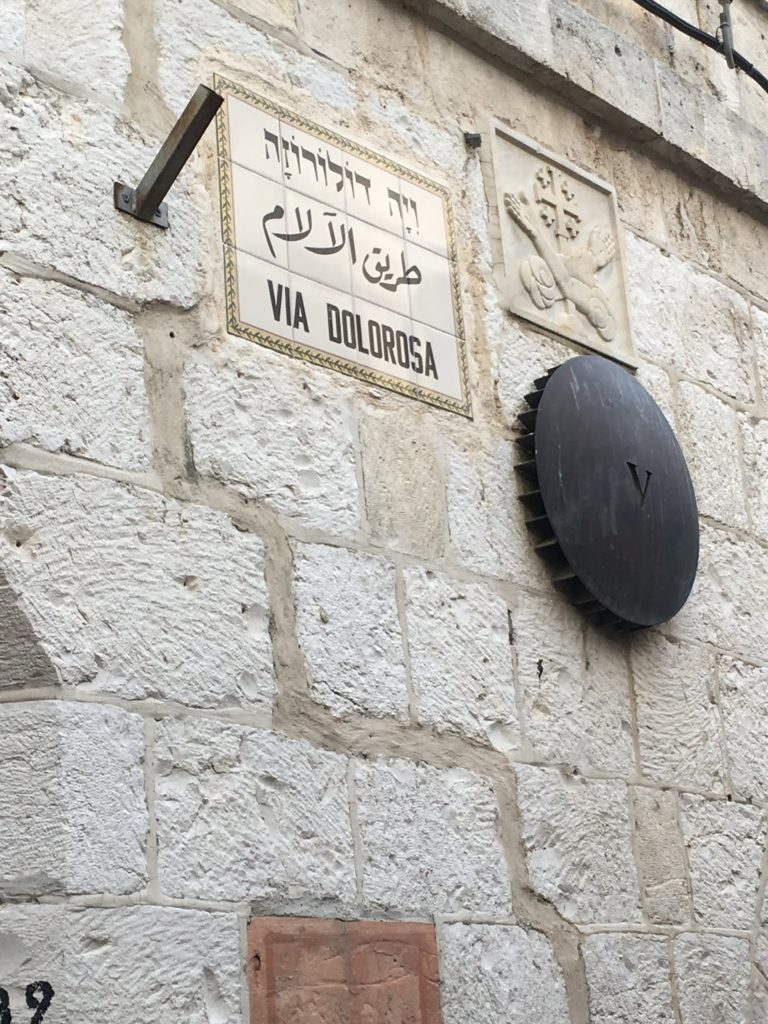 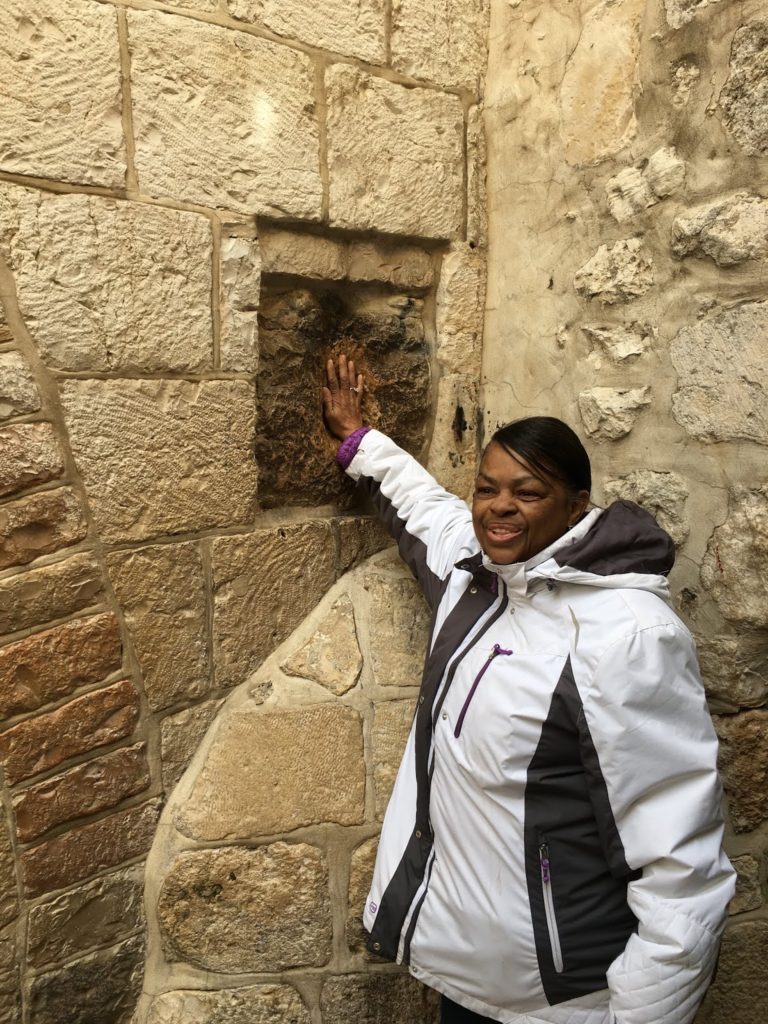 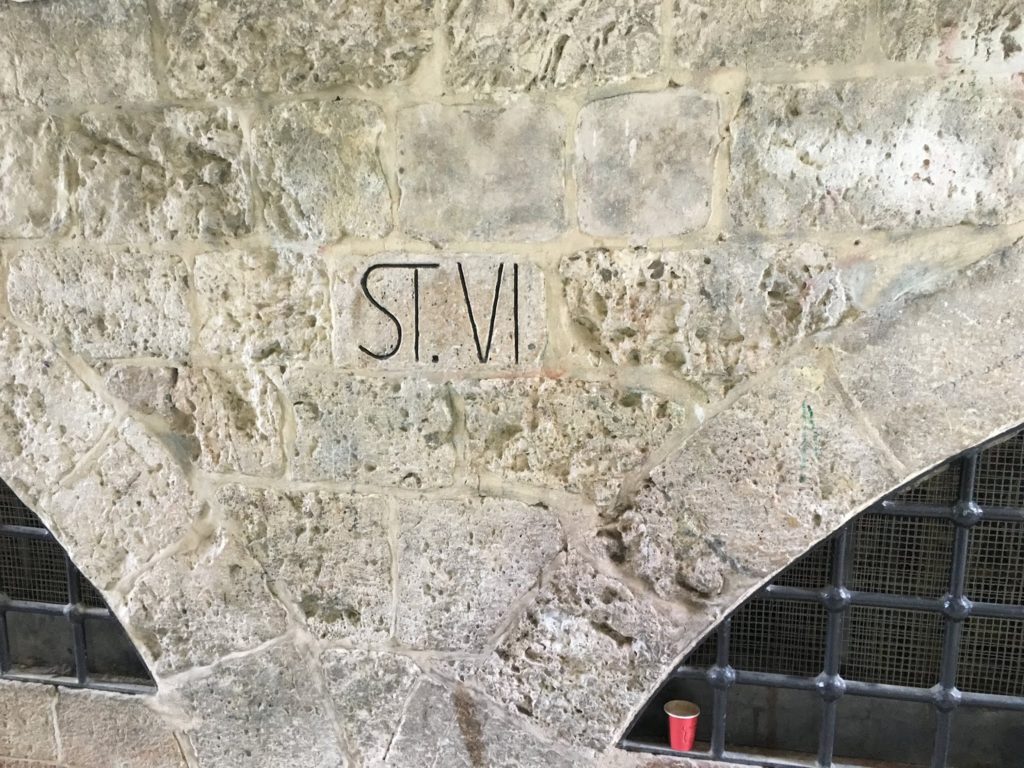 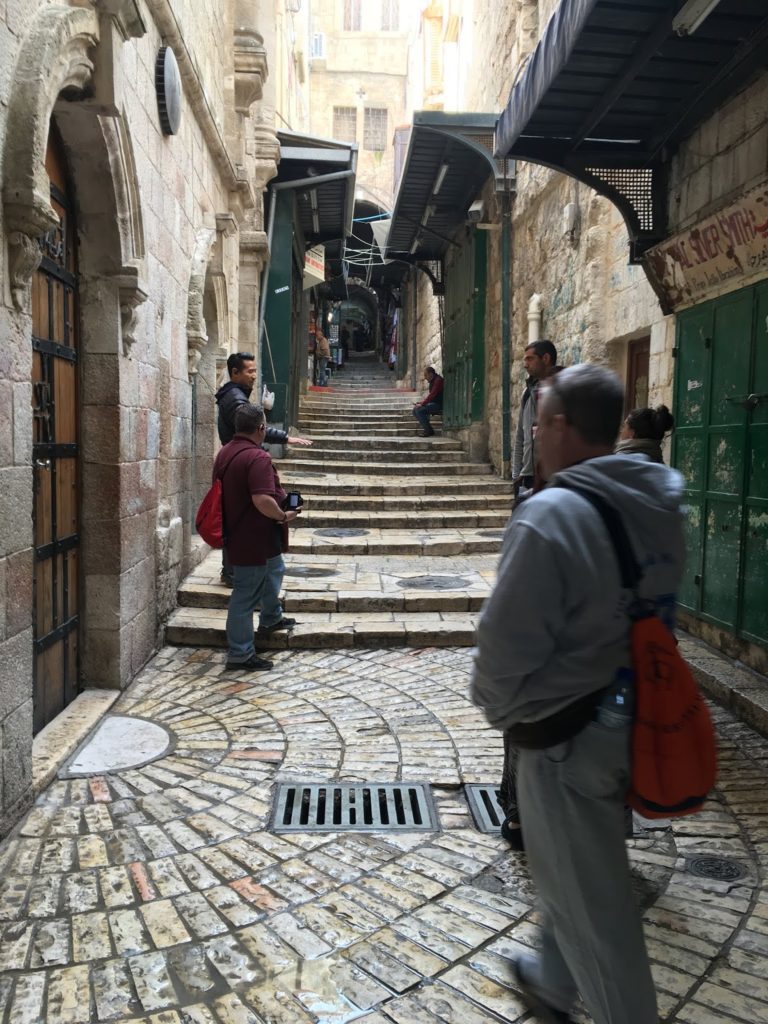 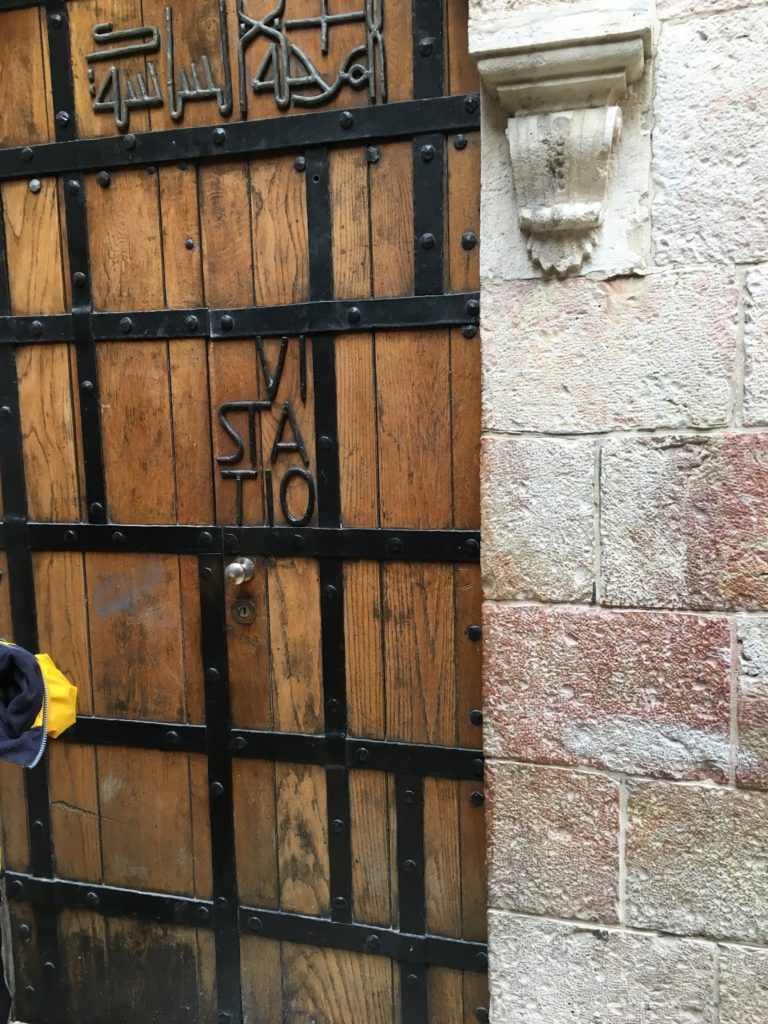 Then there’s the Church of the Holy Sepulchre, consecrated in 335, standing on what is traditionally regarded as Golgotha and the burial tomb of Jesus. The current church was re-built by Crusaders in 1099 after it’s destruction and renovations have continued, with each seemingly carving their names and crosses in the stone of the Church walls. 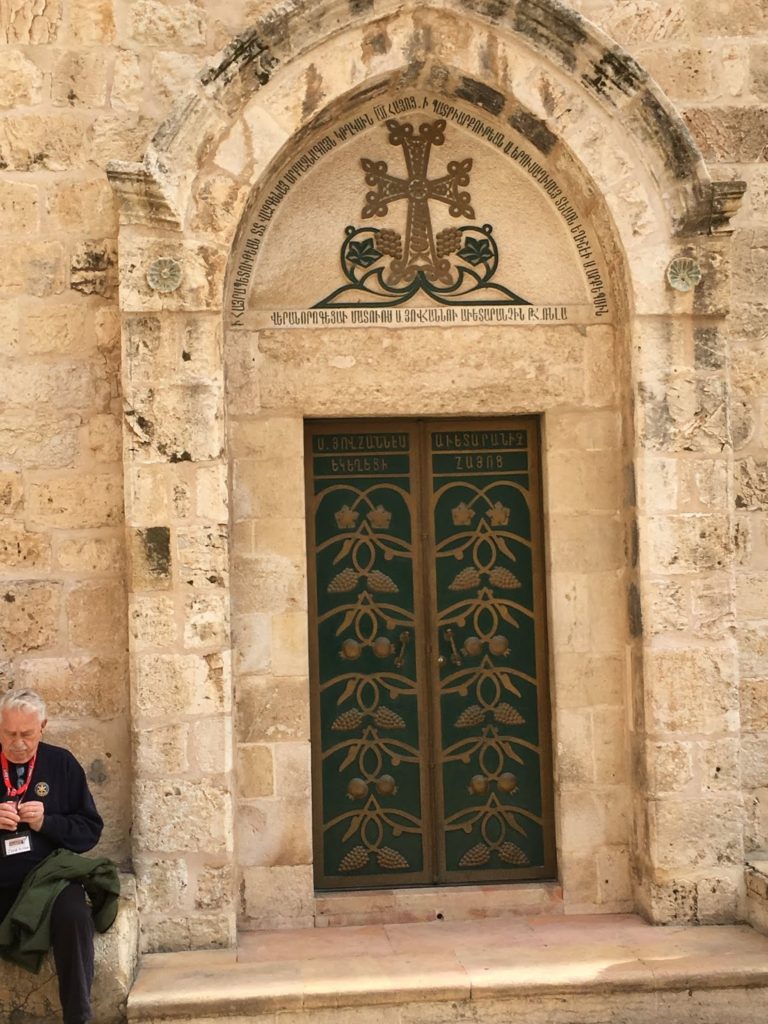 The line for the Aedicule was crazy and I did not bother to attempt it. 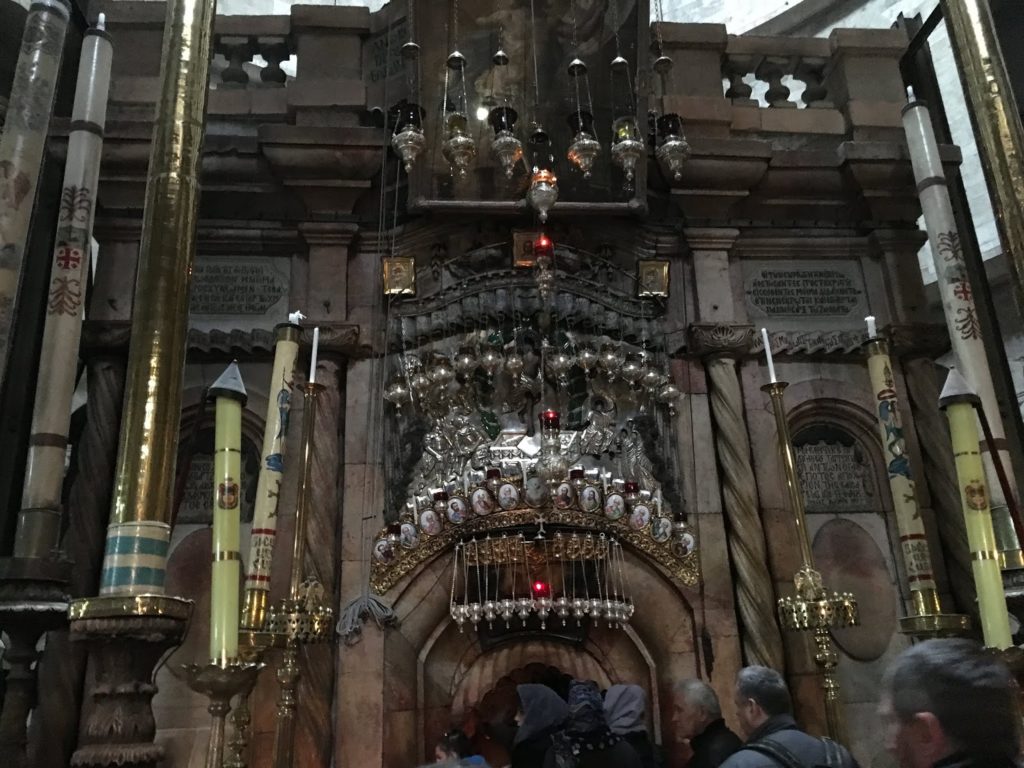 Keeping in mind, nothing is labeled and you need to research before setting foot inside. While waiting for the line to go down I wandered the Church, and found a number of rooms and things, such as: 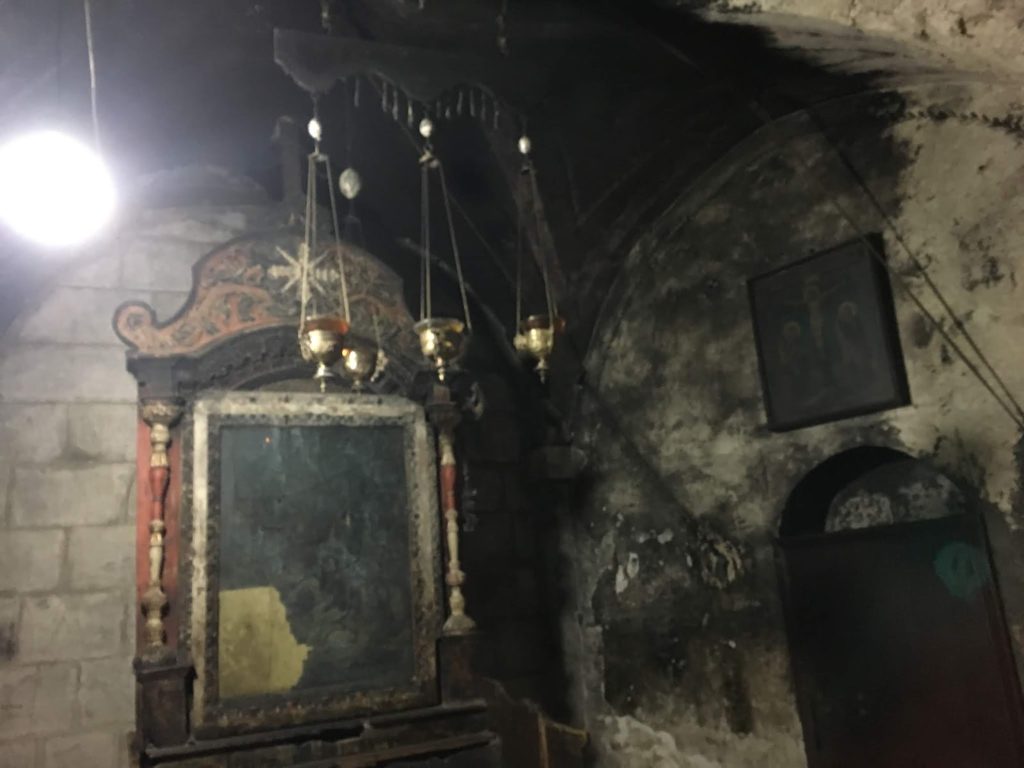 The Chapel of St. Joseph of Arimathea, still in disrepair due to conflicts of management, showing signs of a recent fire, and St. Joseph’s tomb exposed. Yes I crawled in, but only realized what it was when inside. And only realized WHO it was after interrupting a priest texting on his IPhone to inquire. 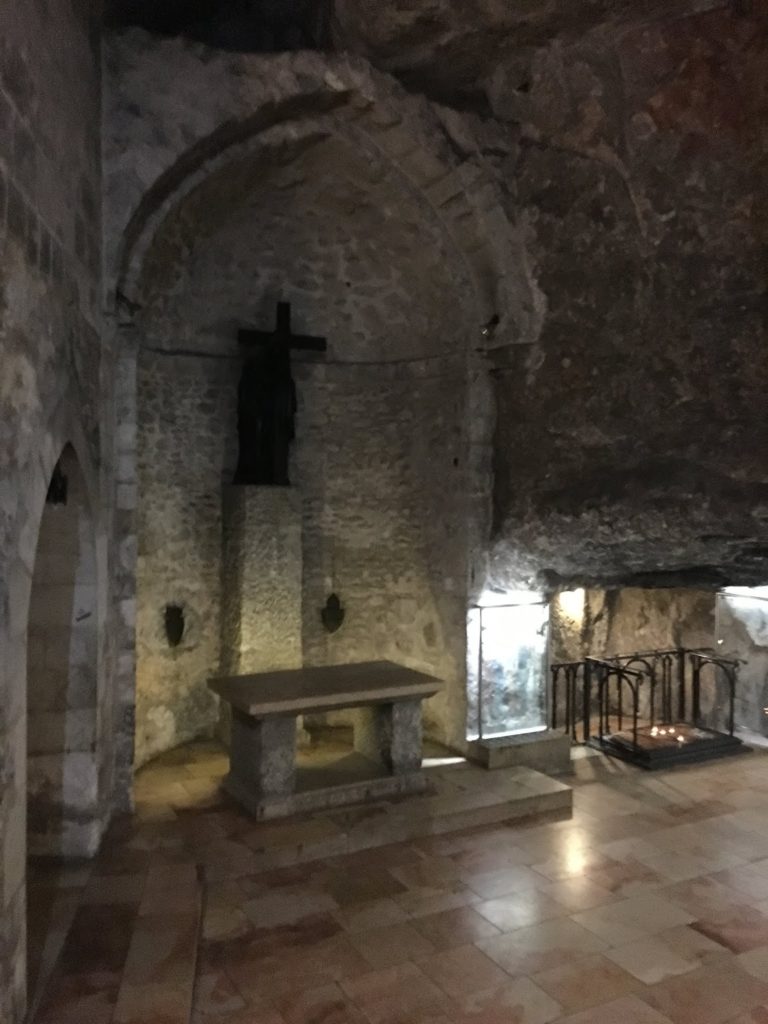 The Chapel of the Finding of the Cross, the cistern where the True Cross was located when the Church was taken back (rumored) and it is lined now with plexiglass to protect the walls, through which pilgrims slide prayers to touch the wall. 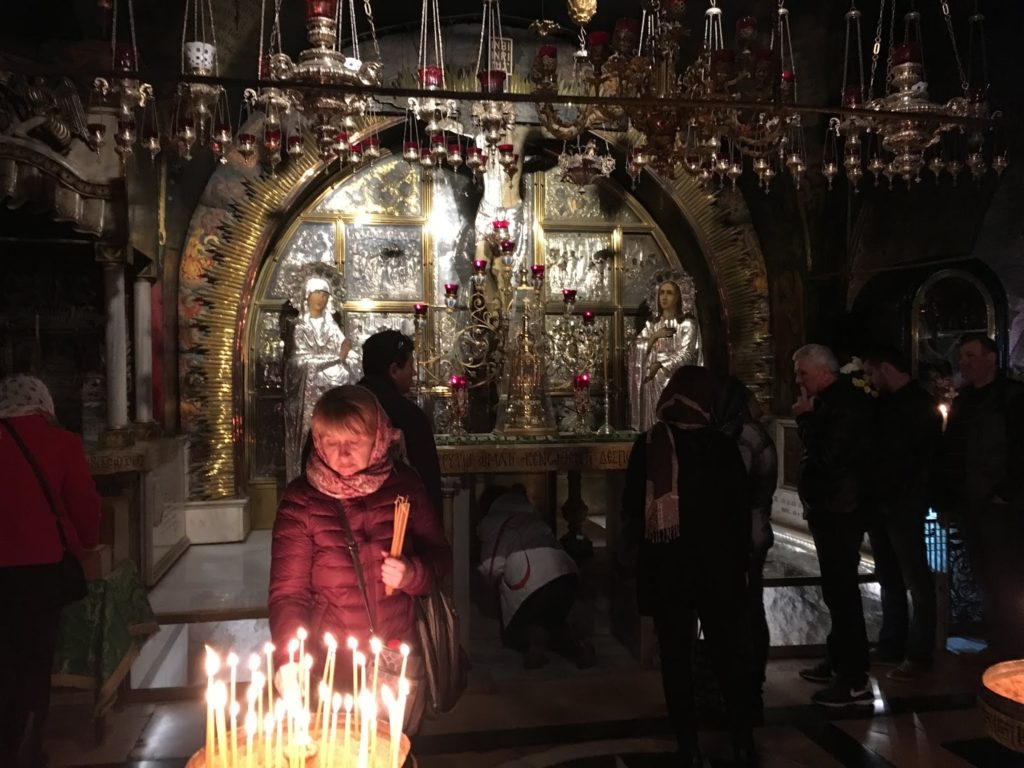 The altar above the rock upon which Jesus was crucified has a gold tube through which pilgrims can slide their hands to touch the rock itself. 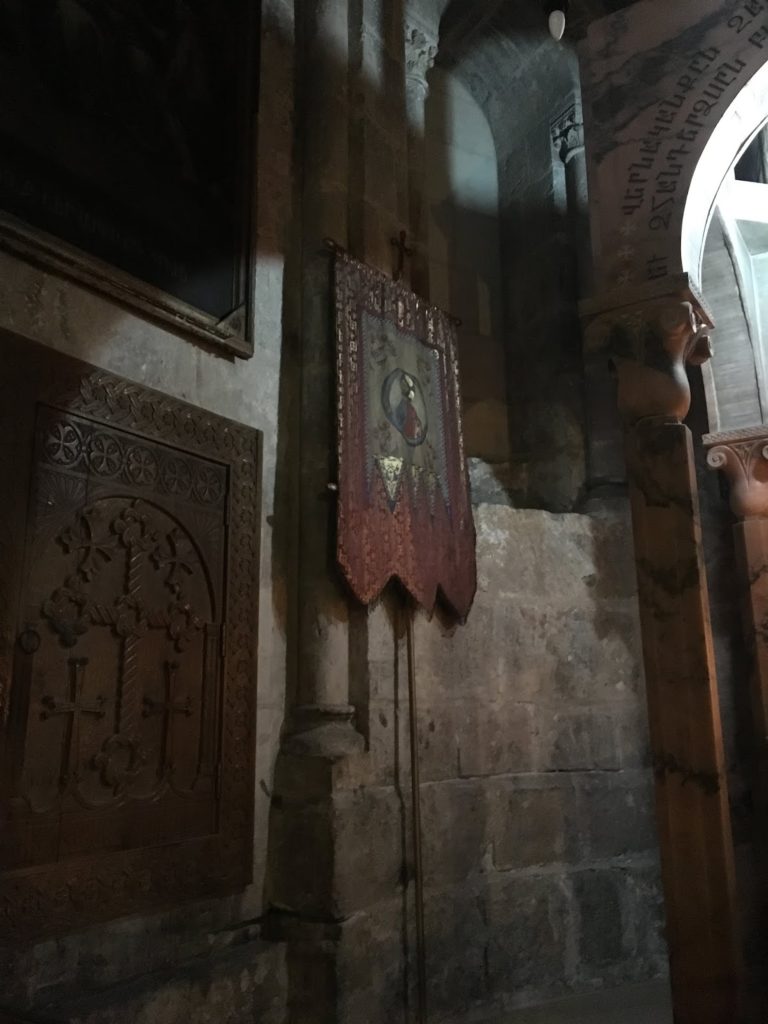 Everything is incredibly old and, for the most part, exposed and touchable. Which seems odd since that’s guaranteed wear and tear.

While this was emotionally draining enough, we then boarded the bus for Bethlehem which lies just outside Jerusalem and is in Palestine. Because of the restriction, Guy could not accompany us and we were met by a Christian Palestinian guide for this part of our tour.

It’s almost shocking how close Bethlehem is to Jerusalem. It is literally right down the hill, maybe a 20 minute walk to the old city.

There is an unbelievable distinction between Israel and Palestine. In the few minutes it takes to clear Jerusalem and drive down the hill to Bethlehem we see the massive wall and turrets that run along the border, cutting through neighborhoods. We had lunch at a reception hall that was, quite frankly, fantastic. We then boarded the bus again and drove the few minutes up the hill to the Church of the Nativity. 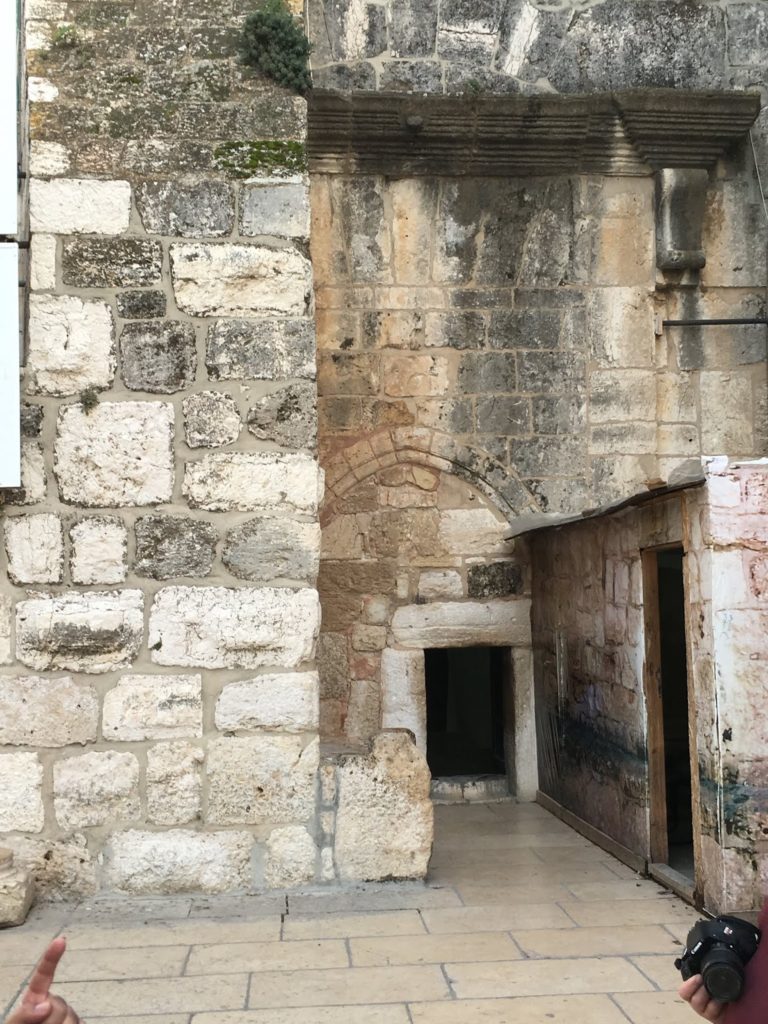 The entrance to the Church: a low door, forcing the person entering to either squat or enter on their knees. The church is not as extensive as the Holy Sepulcher, but it is no less imposing or confusing as two different sects maintain it causing issues if one pushes dust from a broom onto the half of the other. 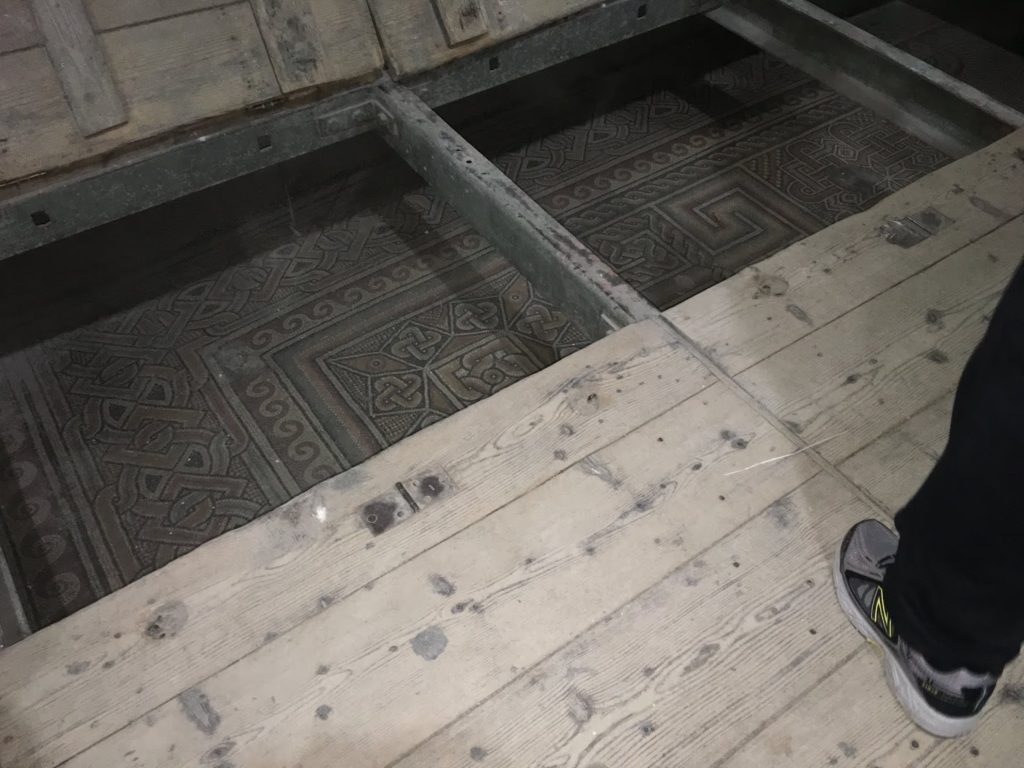 Visitors must descend into the birthplace by stairs, cut into what was the back of the cave that tradition says is the birth place of Jesus. 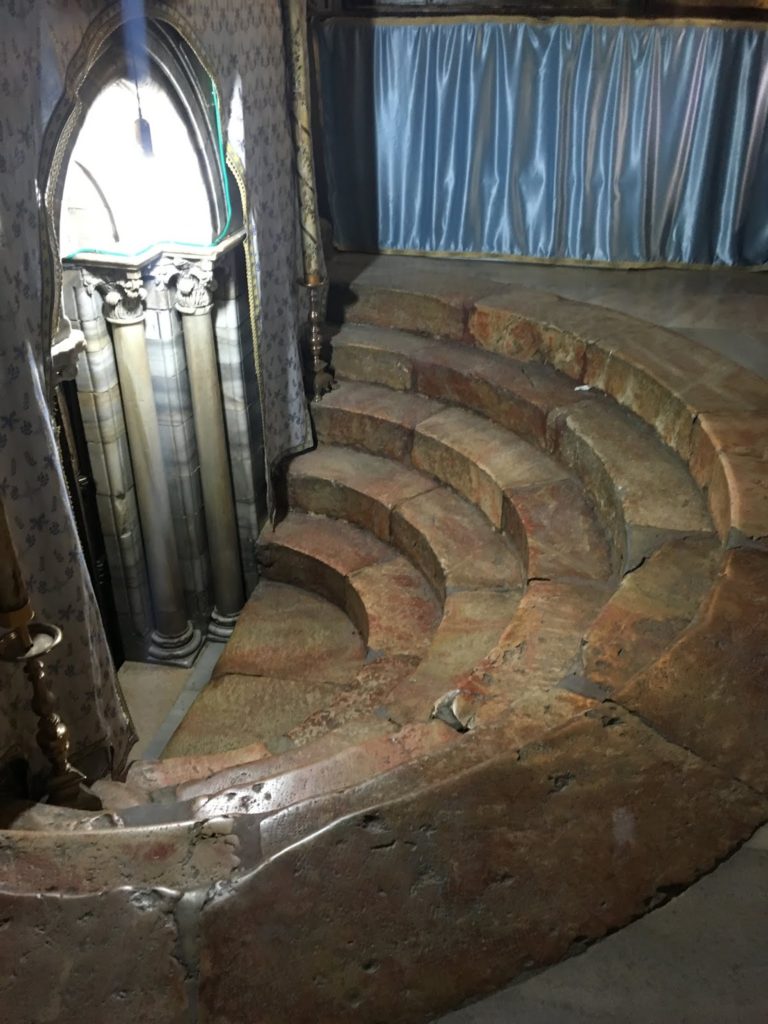 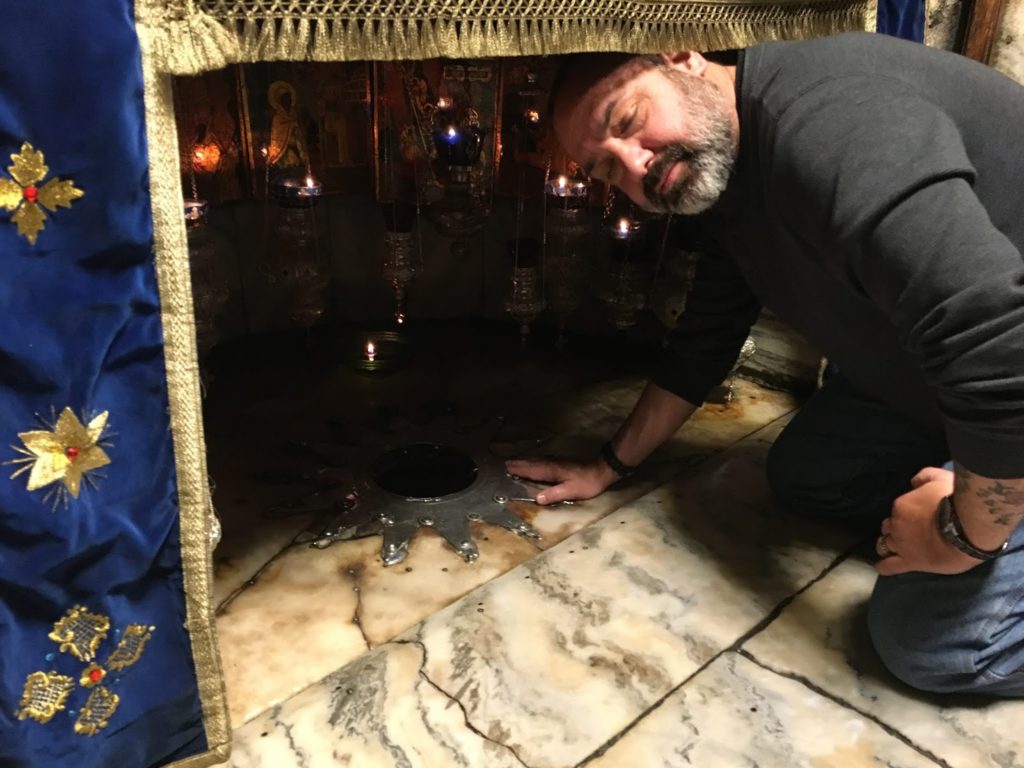 The Roman Catholic church is next door to the Church itself and features, among other things, an awesome statue of St. George and the Dragon. 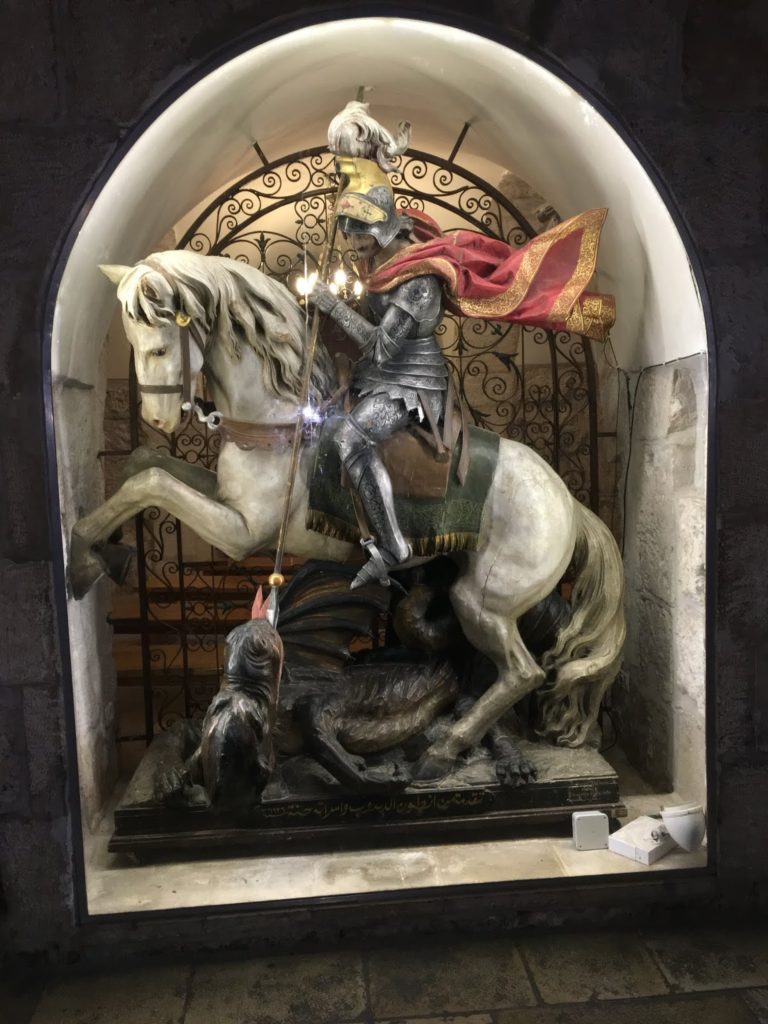 But wait…that’s not all! After returning to Jerusalem we had dinner in town, then a light show at the Tower of David before returning to the hotel to drop in exhausted sleep. 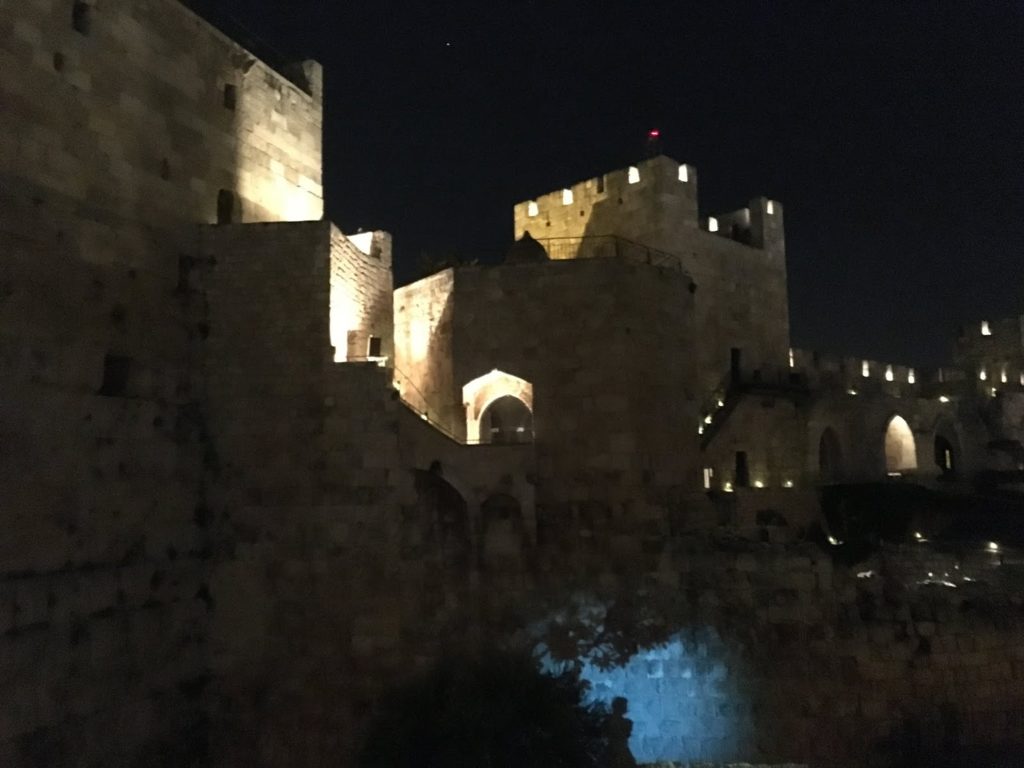