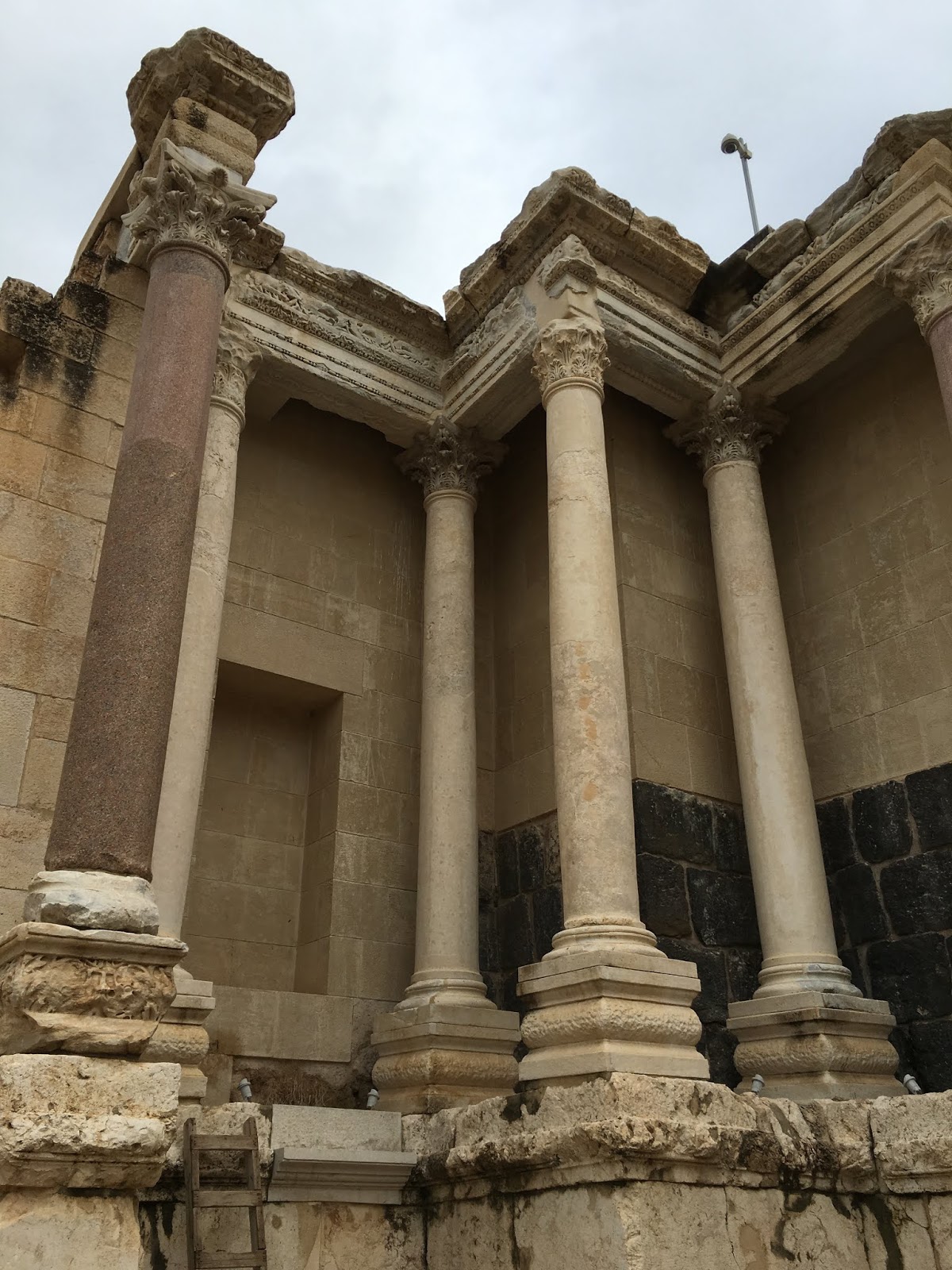 We left for Tiberium that morning, the intact Roman city Scythopolis that had been buried and recently unearthed. 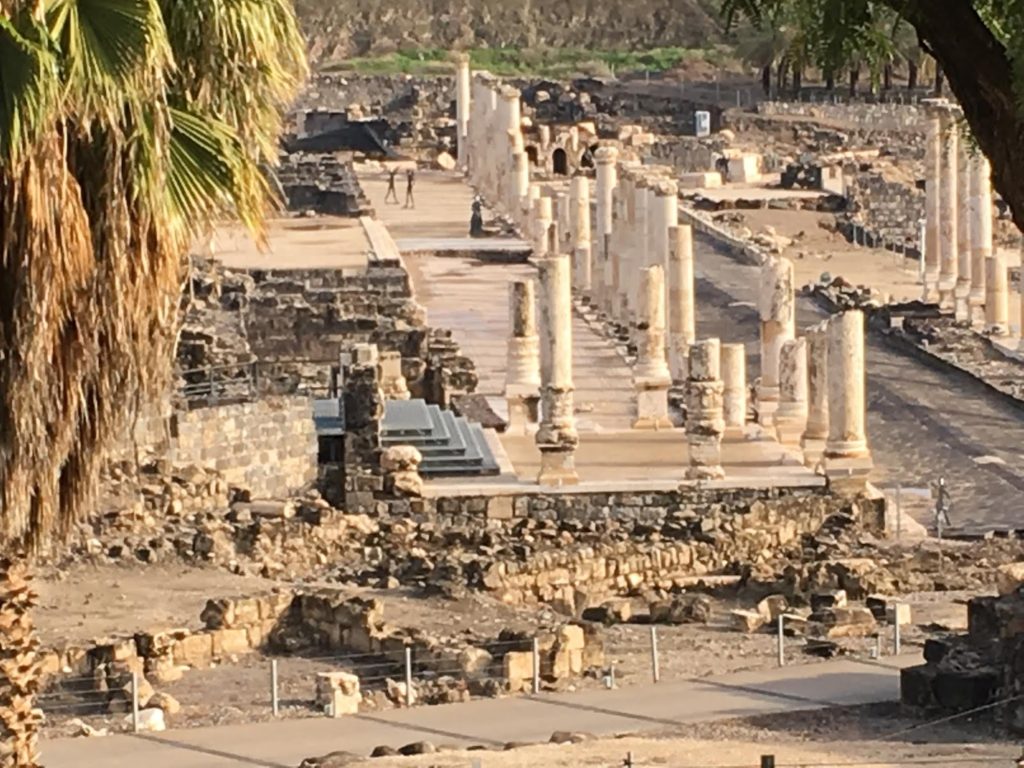 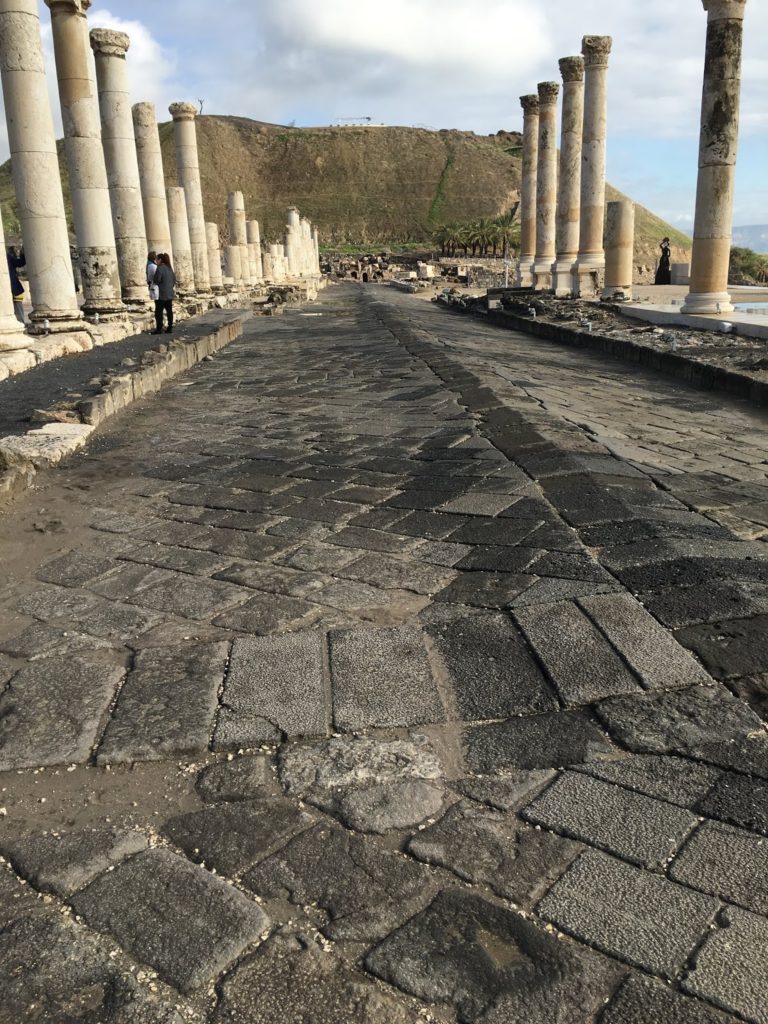 More than Caesarea, this was a a working city with shops, temples, streets, courtyards, public toilets, theater, and all protected by the earth until it was recently discovered and unearthed a short time ago. 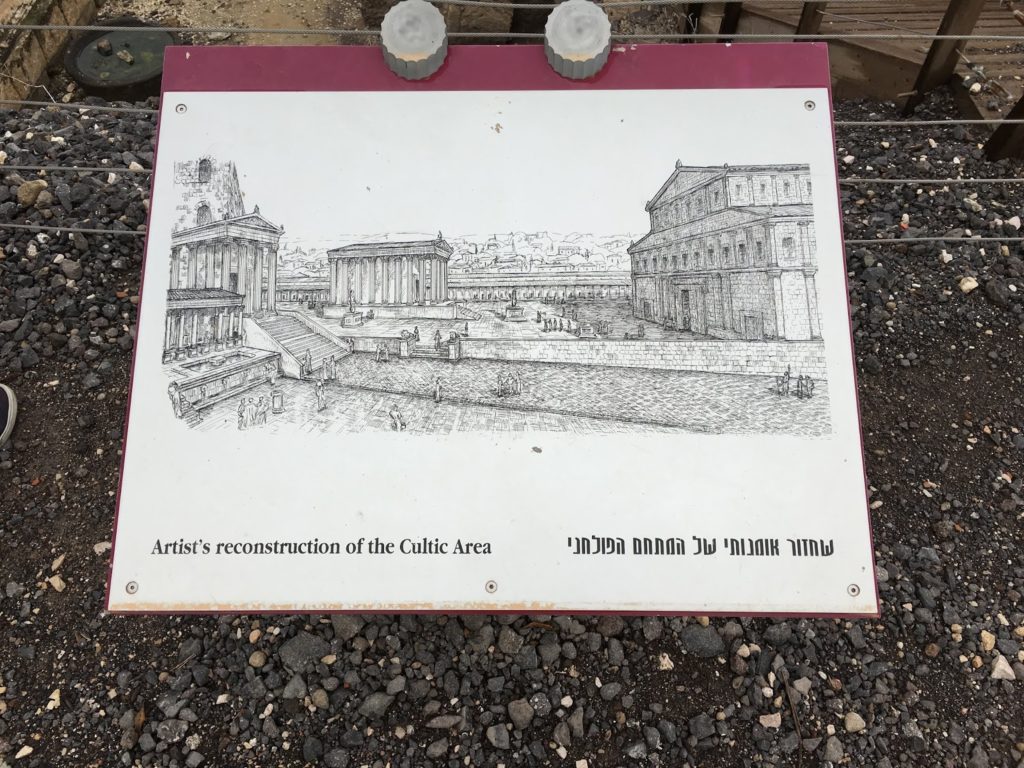 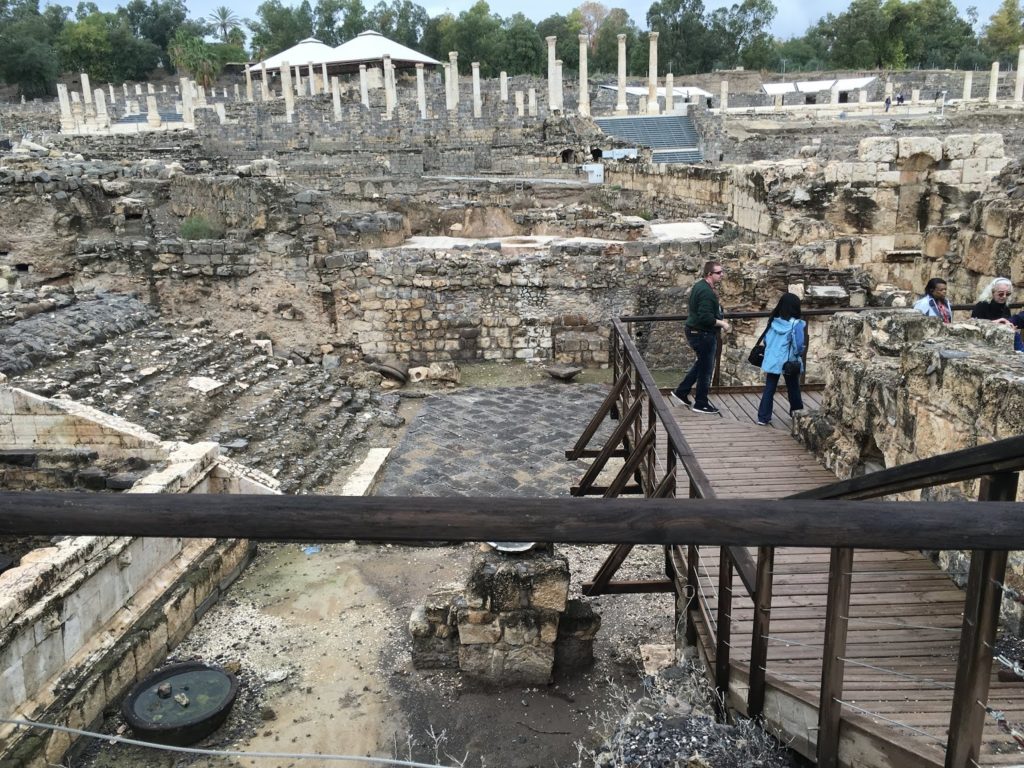 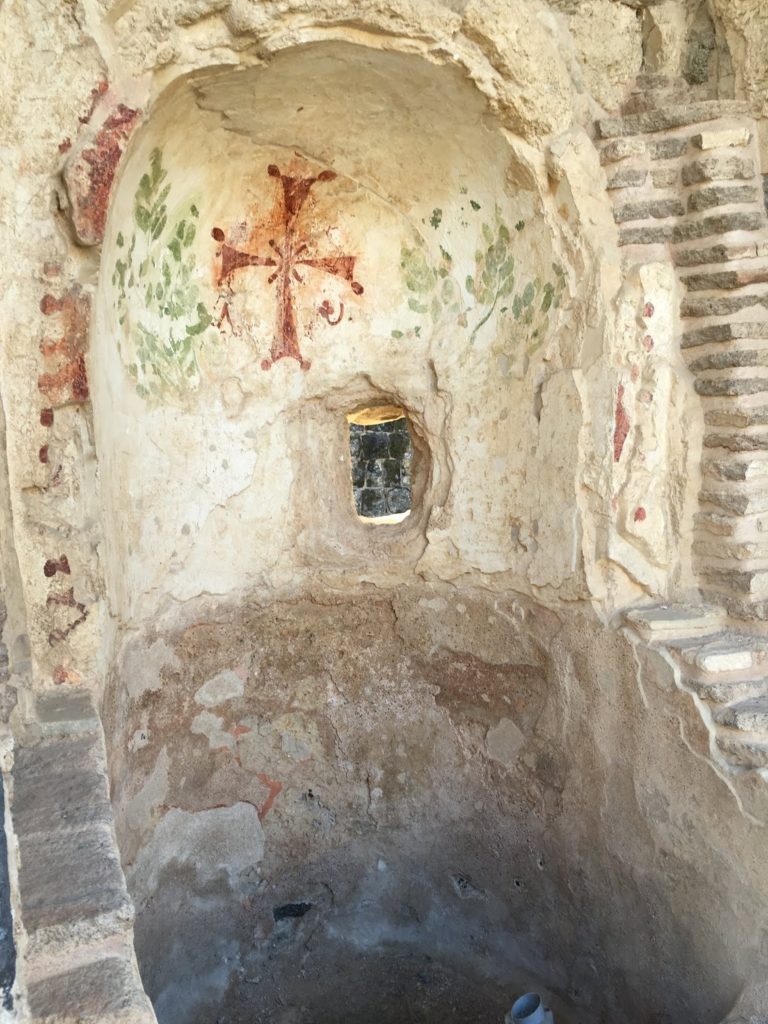 I took Latin in a vague attempt at possibly studying medicine (that didn’t work out), so this was a weird trip down memory lane as I tried my hand at reading graffiti or attempting to figure out what a building was before the guide explained. 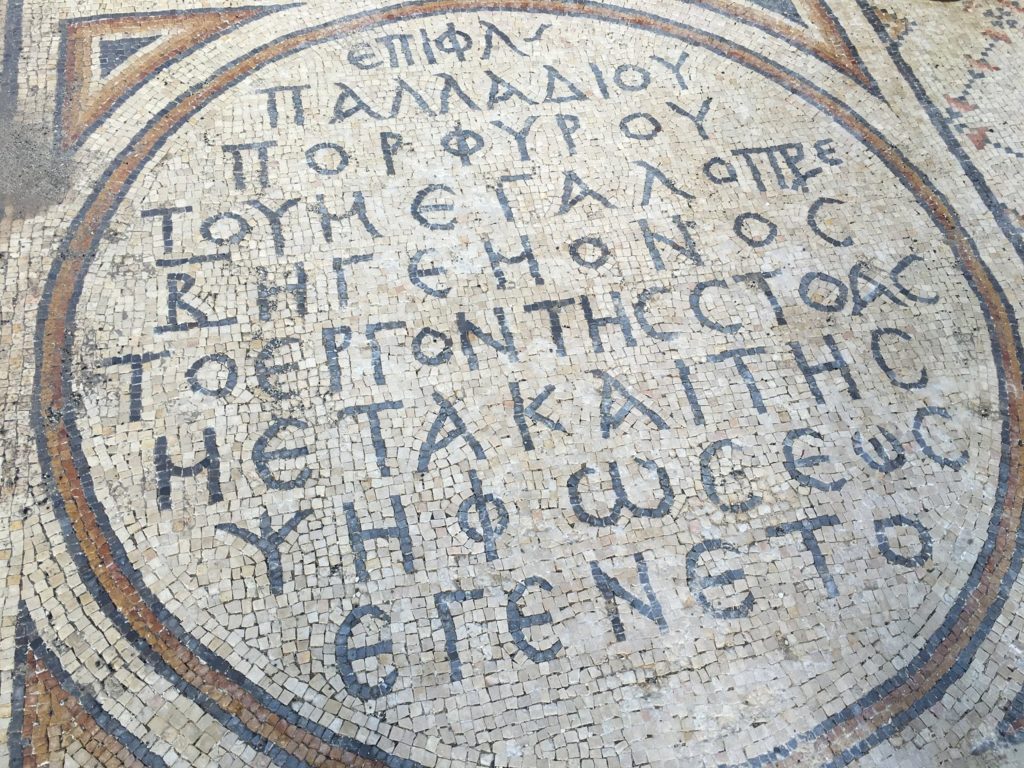 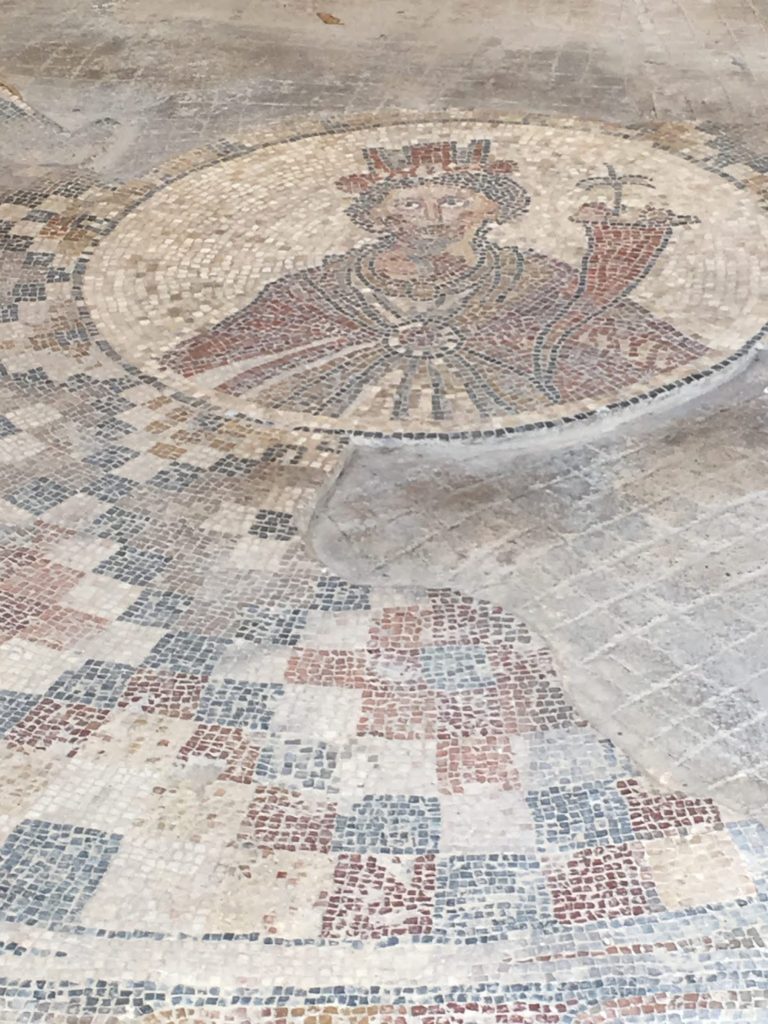 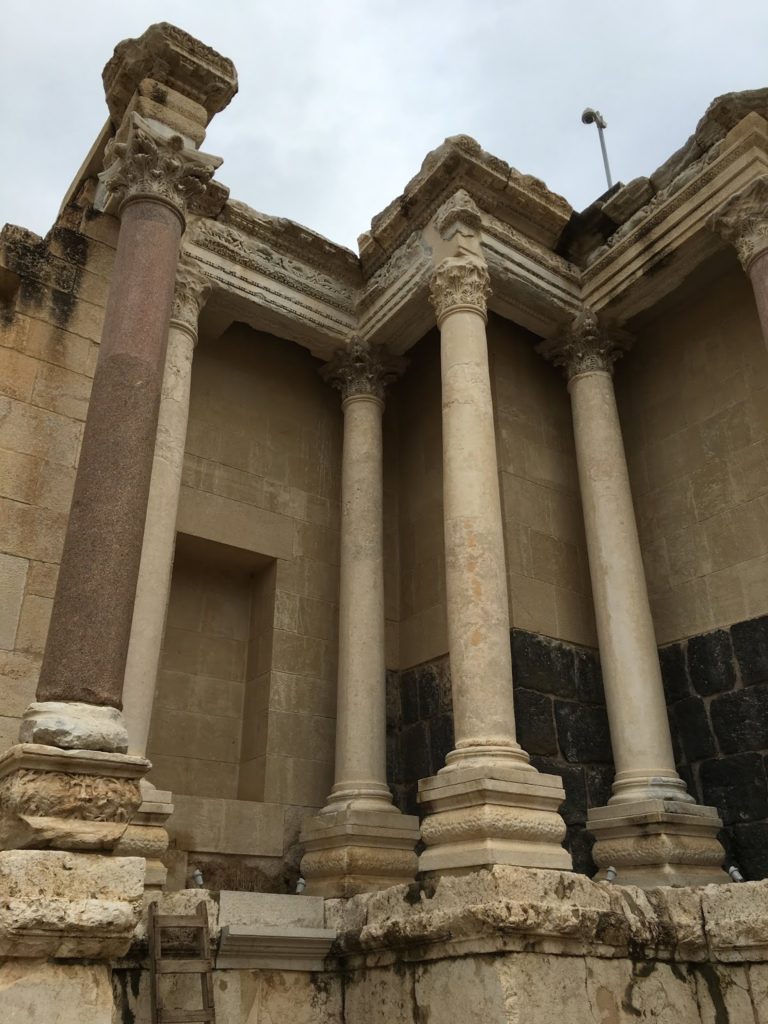 That was overwhelmed at first by trying to figure out how an entire city was buried by 30 feet of dirt. That defies any attempt as you look up at the ground above and realize that the street you are standing on was once covered by THAT much ground. How does that even happen naturally? And I really should rake the leaves in my yard. 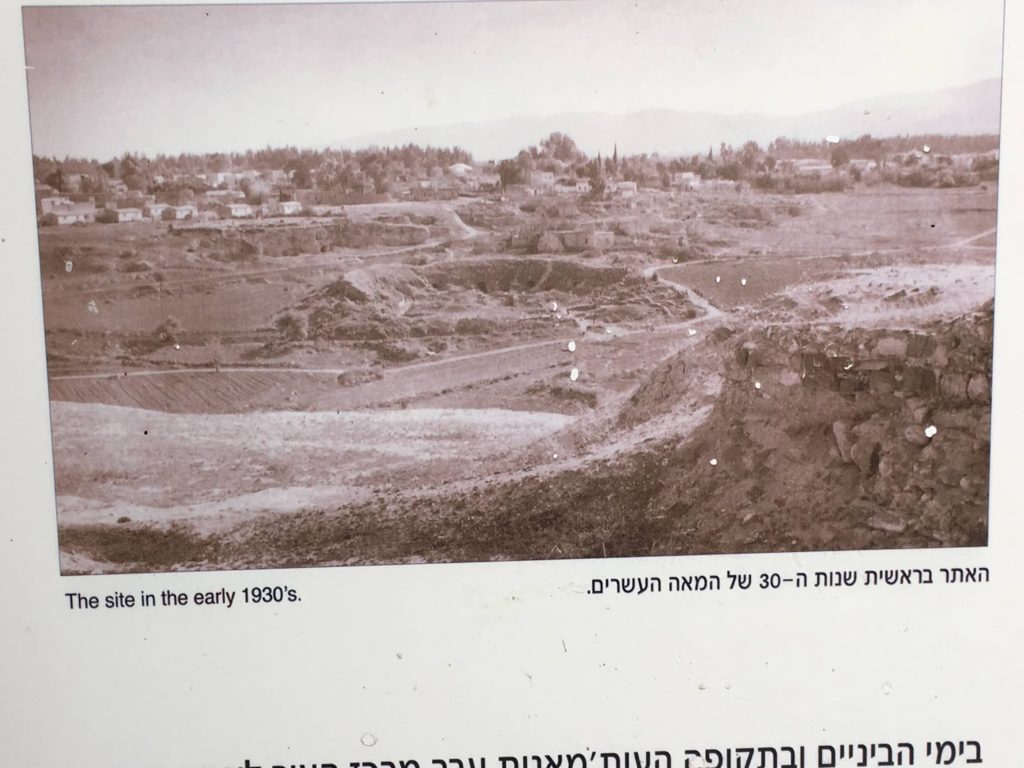 We then boarded the bus and continued through the desert to Jerusalem. That was another striking thing about Israel, the incredible variety of biomes within a country so small. 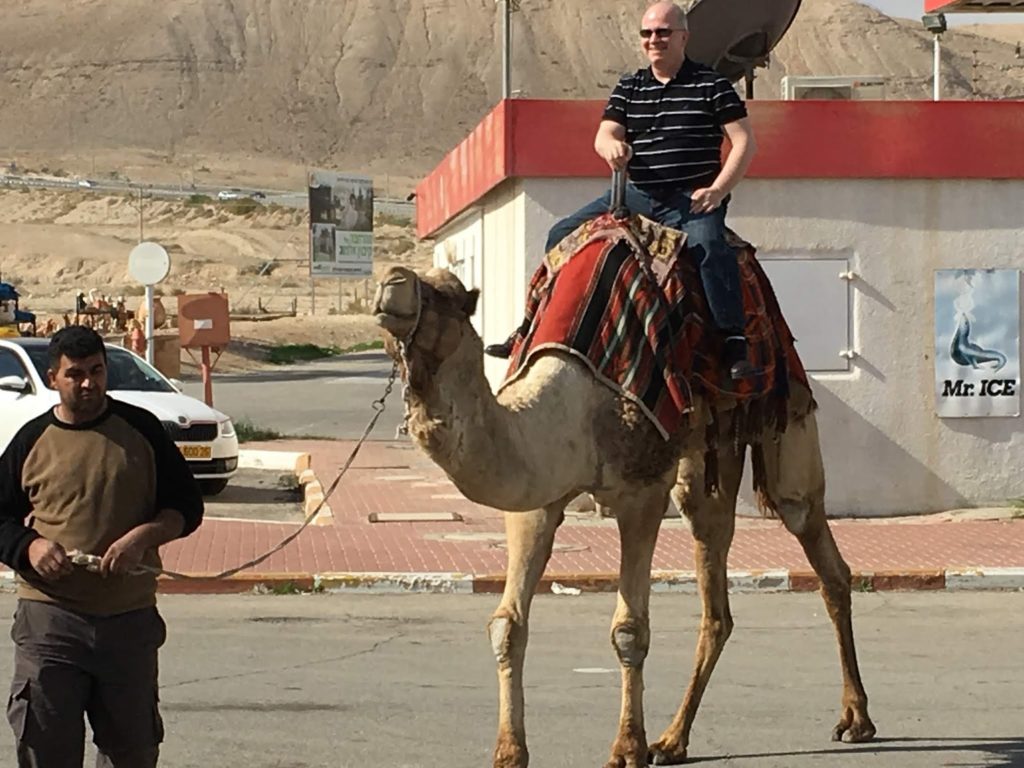 We finally arrived in the city, got to our hotel, and then headed right back out again to the Israel Museum and a scale model of the city from 2,000 years ago. 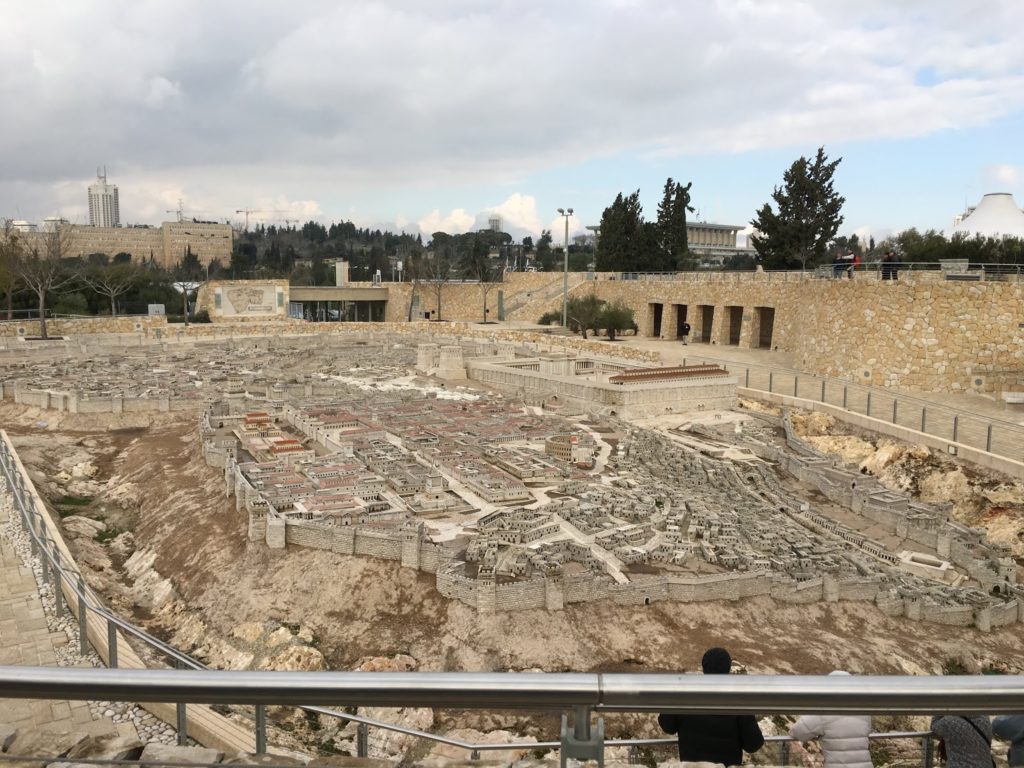 Sitting on a balcony overlooking the area it is easy to locate key features from the model, and the outdoor display is labeled in a way that provides plenty of information, but spread out for the tourist crowds.

We were also able to see the museum housing the Dead Sea Scrolls, as well as the Holocaust Museum. I won’t attempt to describe the latter, or try to reduce to words the emotional scale or toll it takes on someone, but will insist that if you go, this is a must experience.

Finally, we boarded the bus, and went out into the city that evening for dinner and drinks. Machene Yehuda Market is a market during the day, then erupts into a street festival in the evening with music, dancing, food and alcohol. And not an issue or problem in sight. It was amazing. And there are no photos so no one can be implicated in anything…