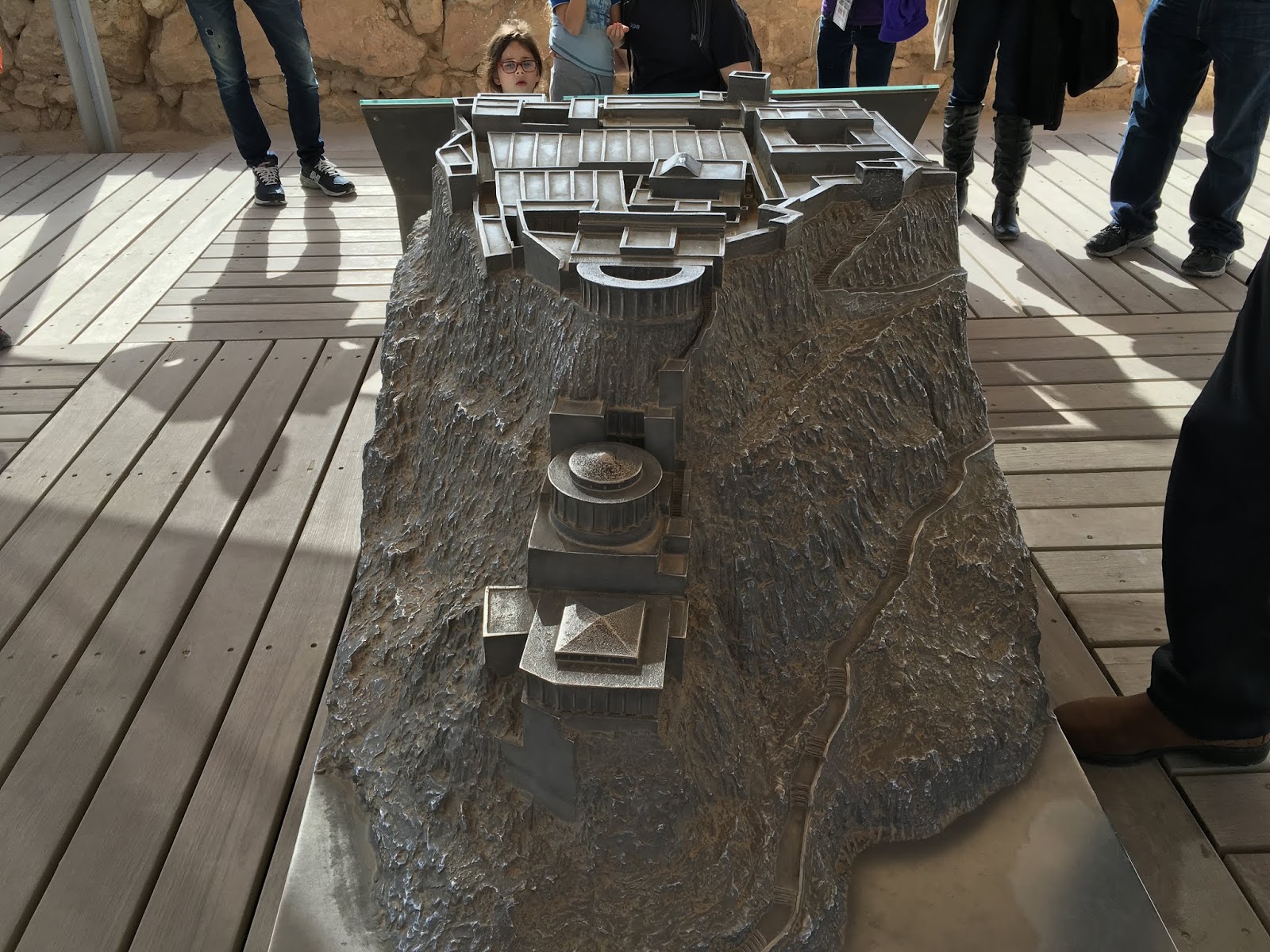 We got warning that a blizzard was heading for the East Coast and they were threatening to shut flights down. We were all slightly excited at an extended vacation while nervous about getting home and spending more money for hotels and meals. For the families who were there on a budget this is a major consideration. 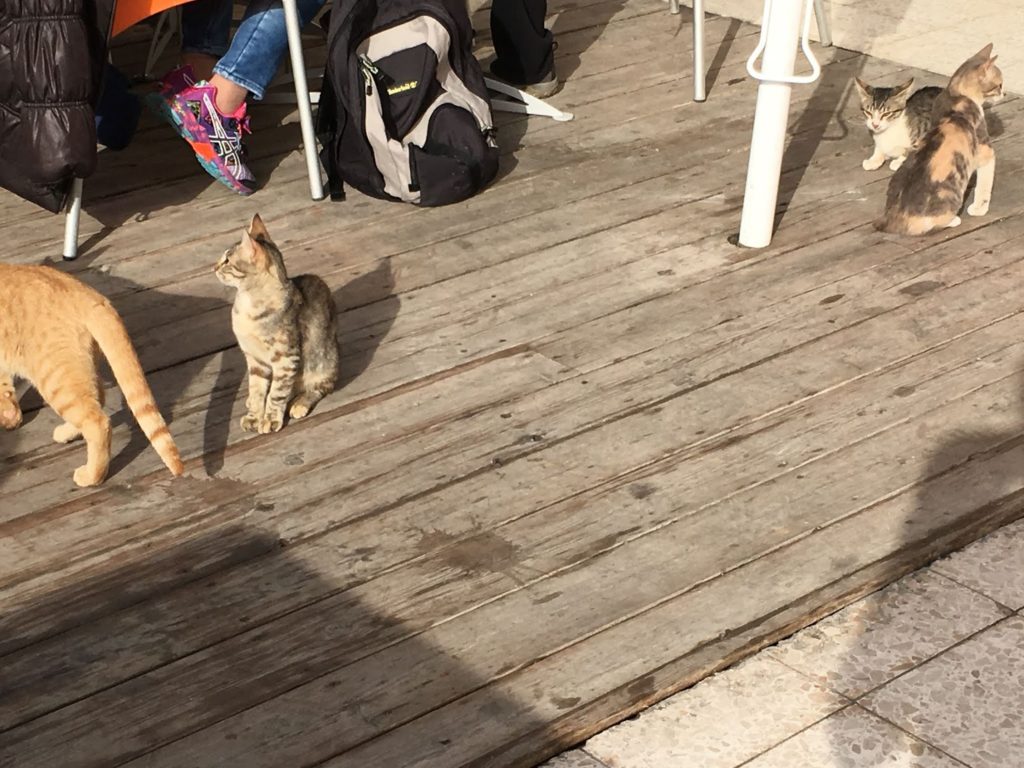 Putting that aside, we boarded the bus for Masada and headed out into the desert. We passed by the caves where the Dead Sea Scrolls were discovered

(and clearly by the Dead Sea) 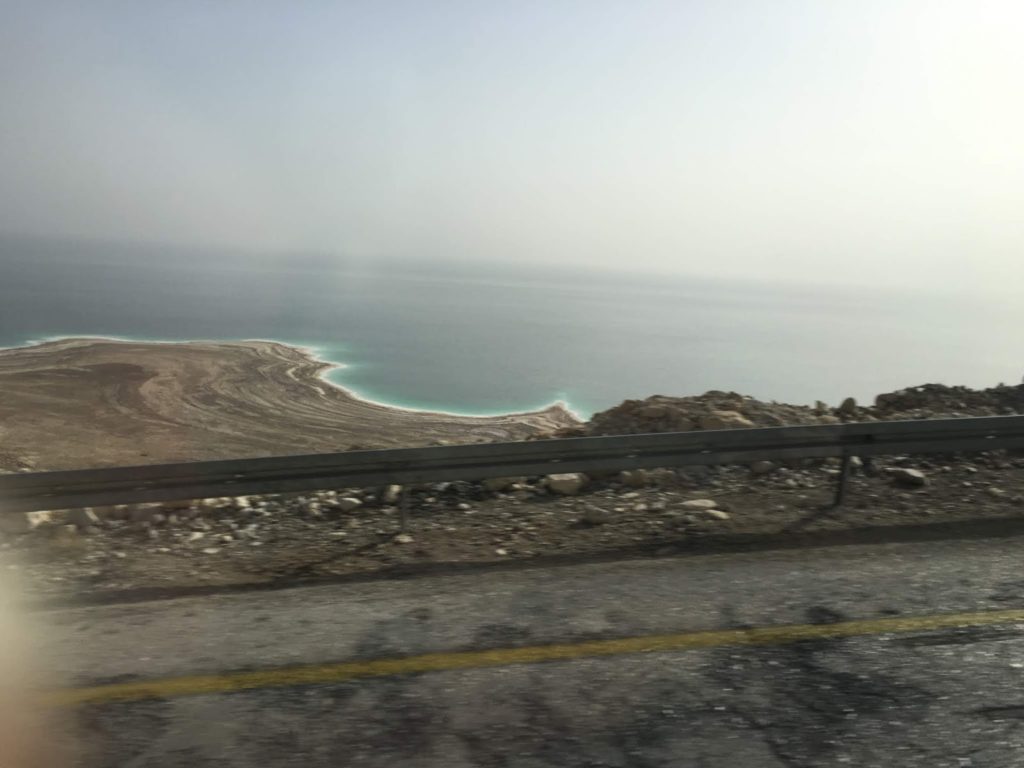 before arriving at the visitors center. 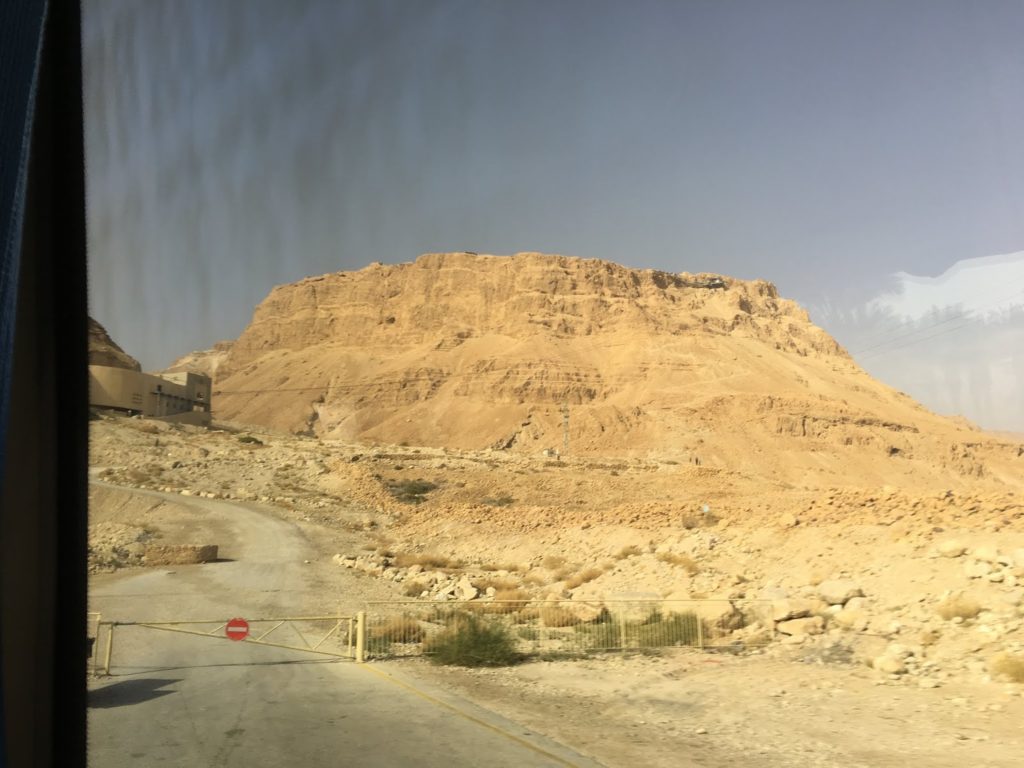 I was in middle school taking Latin when the mini-series on Masada was on television. So in a way, this was a personal flashback.

The action of the miniseries takes place on the far side away from the Dead Sea so it was not recognizable on our approach. But impressive it was. We went through the orientation, the minimal gift shop, then the cable car up the mountain. The vista’s are amazing, 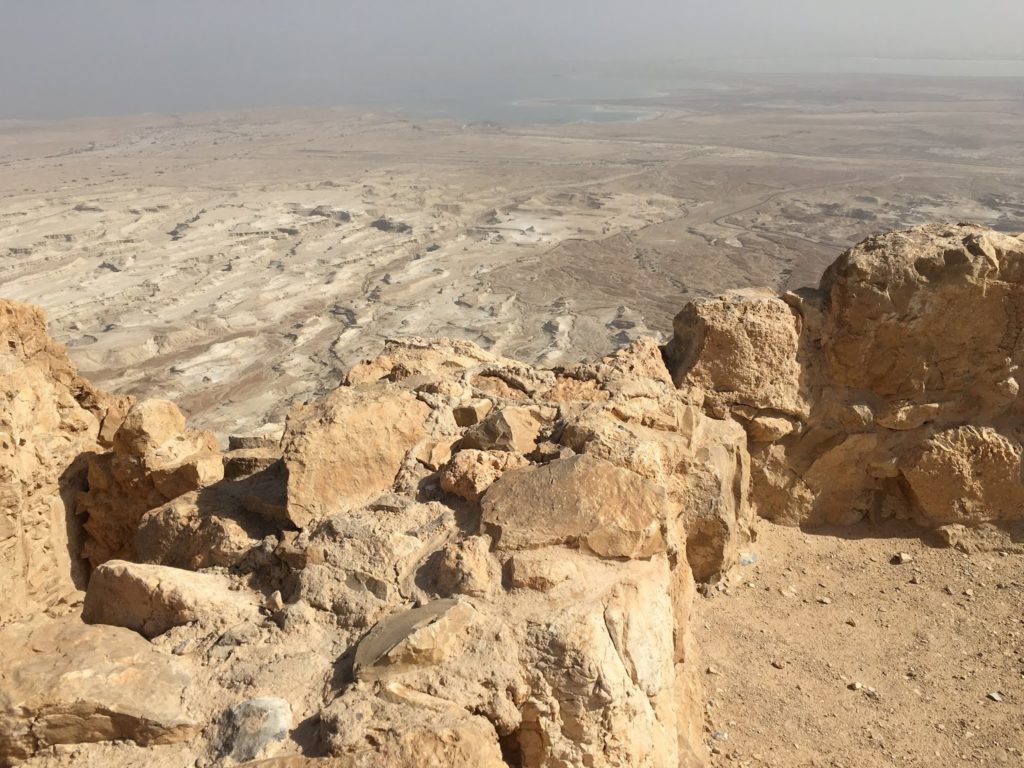 the issues with construction on top of a mountain from raw materials stunning, 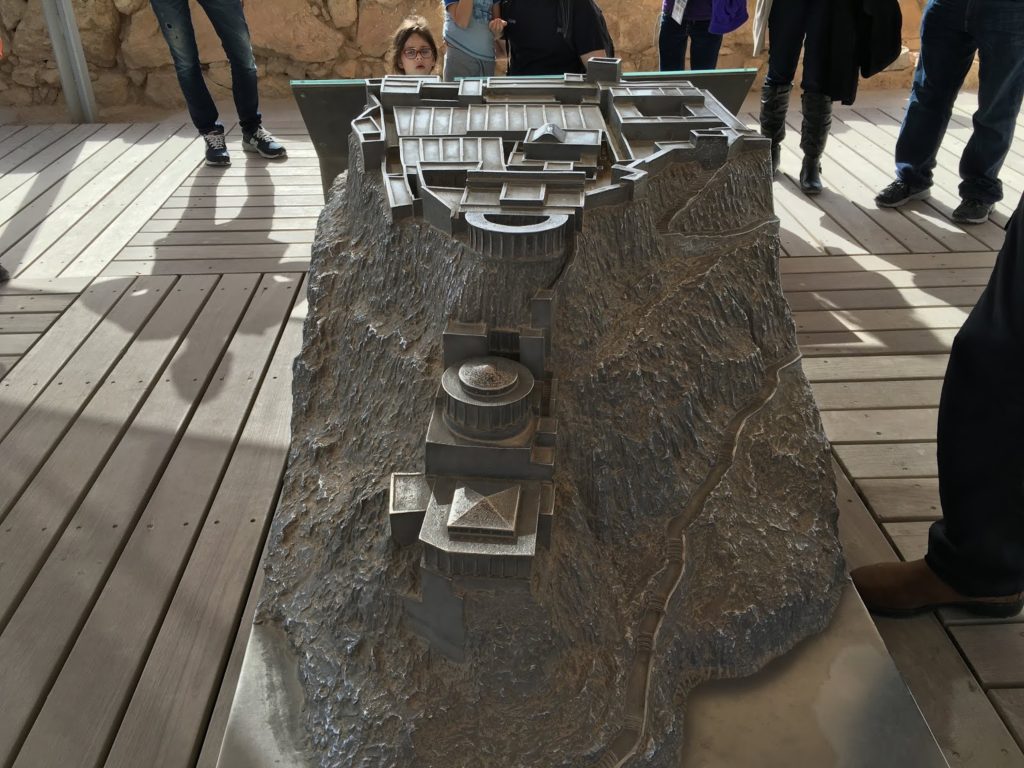 and the scale of construction overwhelming. 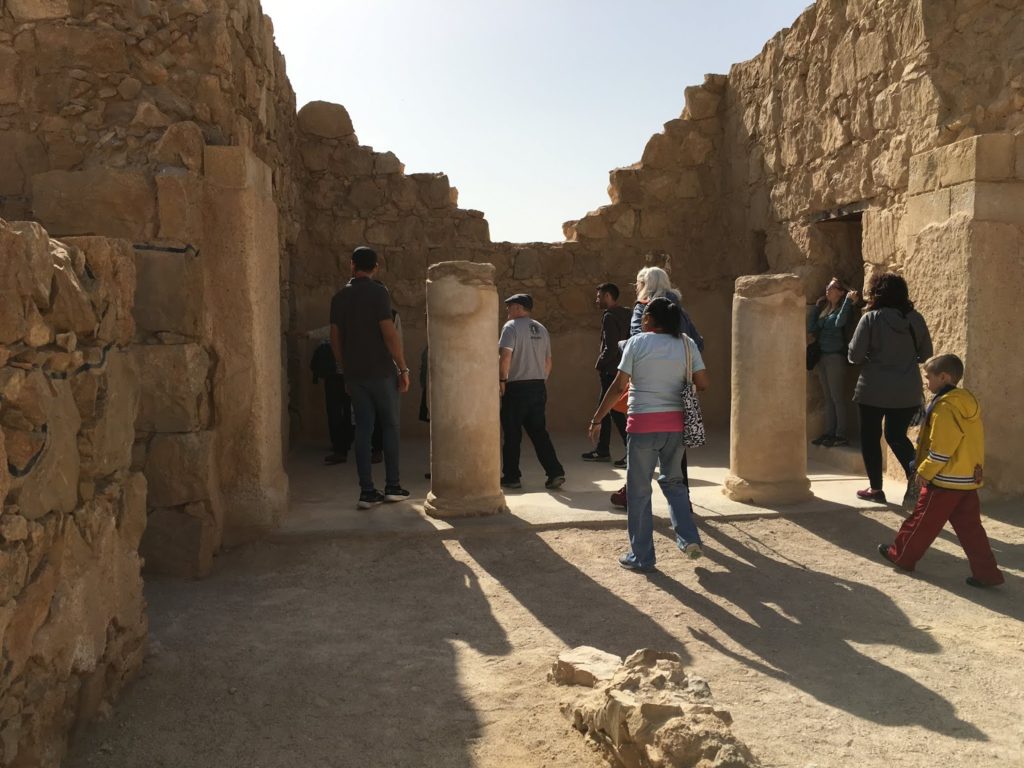 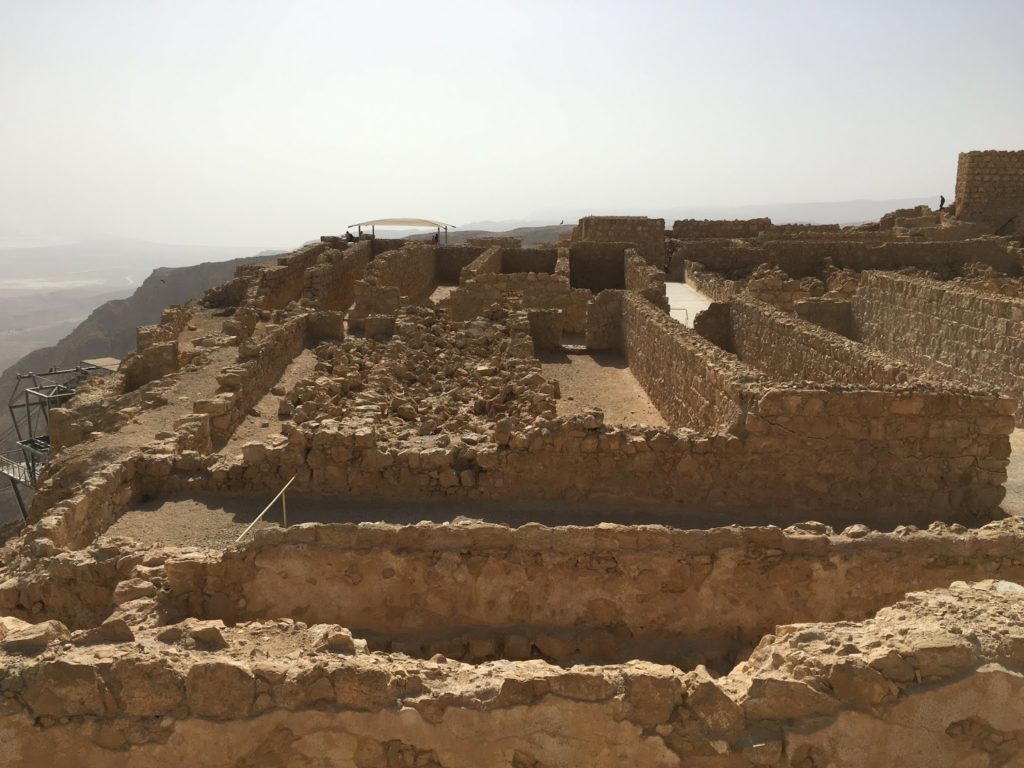 and so intimately personal at the same time. 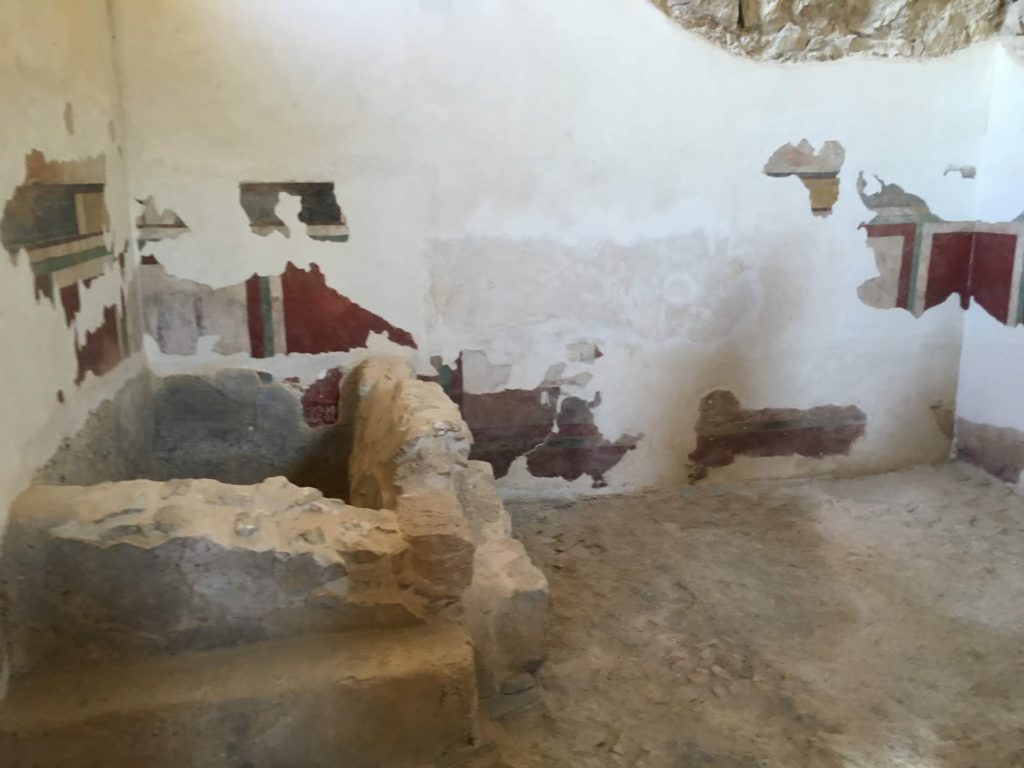 The only thing more impressive is that the Roman Army was able to take it in 2 years.

What’s interesting about what makes it a World Heritage Site is not the mountain top palace itself, but that the Roman fortifications for the siege are fully intact, untouched, and still surround the mountain. 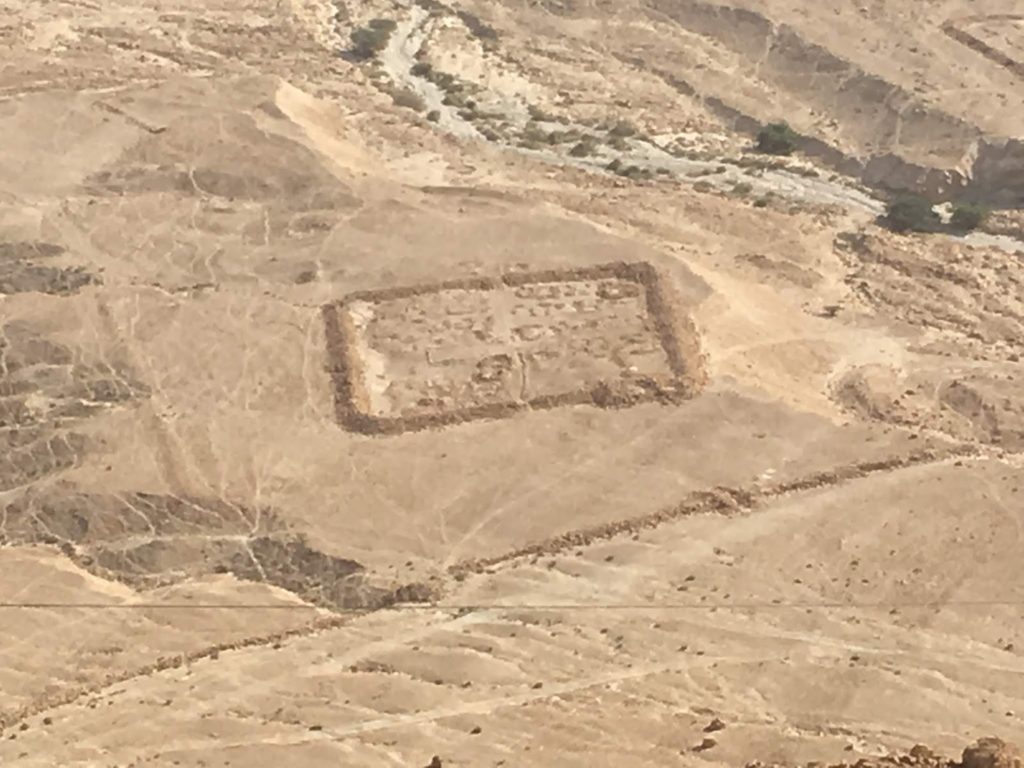 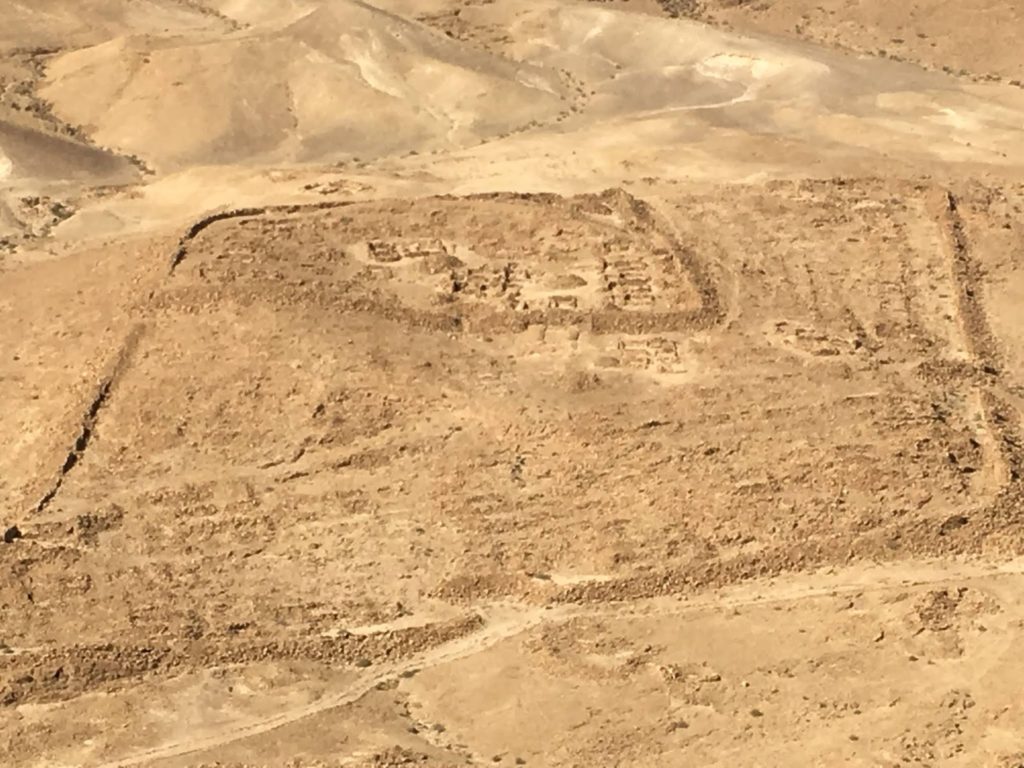 Following the tour and time we headed for lunch and then a swim in the Dead Sea. It’s not just the buoyancy that is cool, but the feel of the minerals and salt in the water on the skin. Whether doing me good or poisoning me I don’t know, but it still felt awesome!

Dinner was back at Midrachov, the shopping district and dinner while finding out that…the blizzard hit in New England and we could not get flights out the next day.

So we would have an extra day or two in Israel!