I was up before dawn, not for any significant reason, just suffering from a bit of jet lag.

The sun is rising and I have my toes in the water of the Sea of Galilea, where Jesus walked on water, where several of the disciples worked as fishermen, and where a number of towns and churches were established. My first reaction is that it was damn tiny. We were in an inlet so not exposed to the entire 13 by 7 mile long expanse. But dawn breaking over a body of water that you’ve heard in stories your whole life, was fascinating. It wasn’t a homecoming, but it was a surreal experience to try to marry decades of mental images from stories to the reality of the cold water washing over my feet. 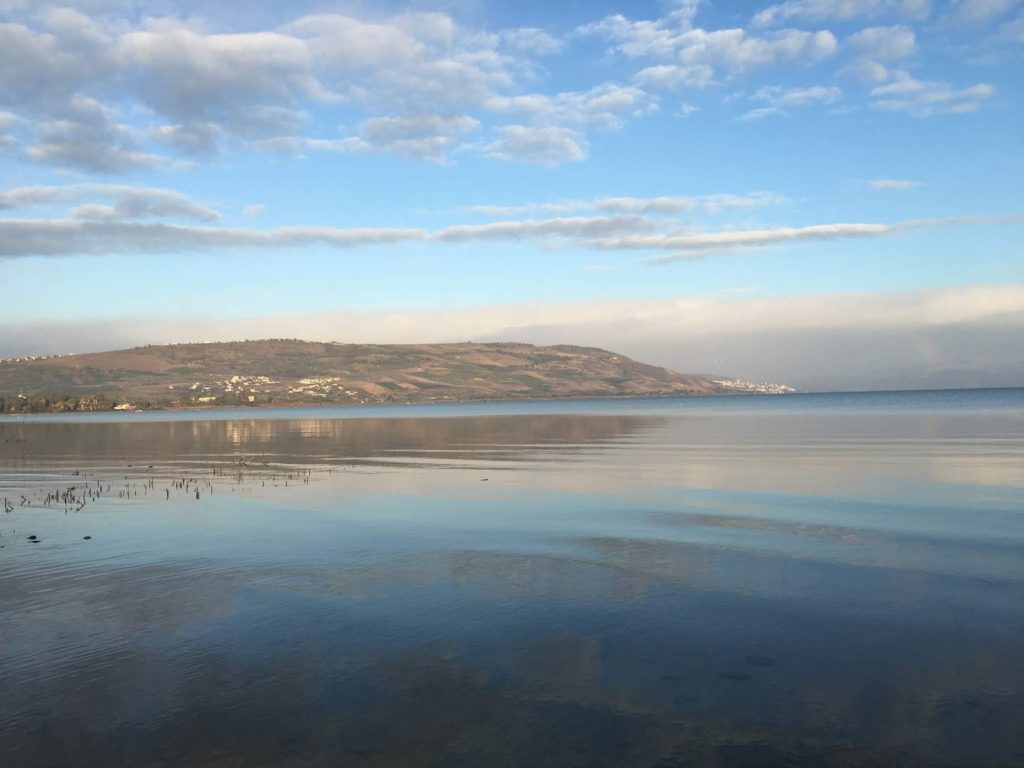 But here I was, toes in the water, watching dawn break, wondering how many thousands of people had done this very same thing over thousands of years in this spot.

While it was (seasonally) raining we started at Safed, an ancient city (do I need to continue to use that word?) and one of Judaism’s holiest. It was small, winding, with slick stones.

We started the visit with a trip to a synagogue , an explanation of the difference between it and a temple, as well as some background on Judaism including the rules. It was fascinatingly engaging and, after several questions, we were set loose to explore the city in the rain. 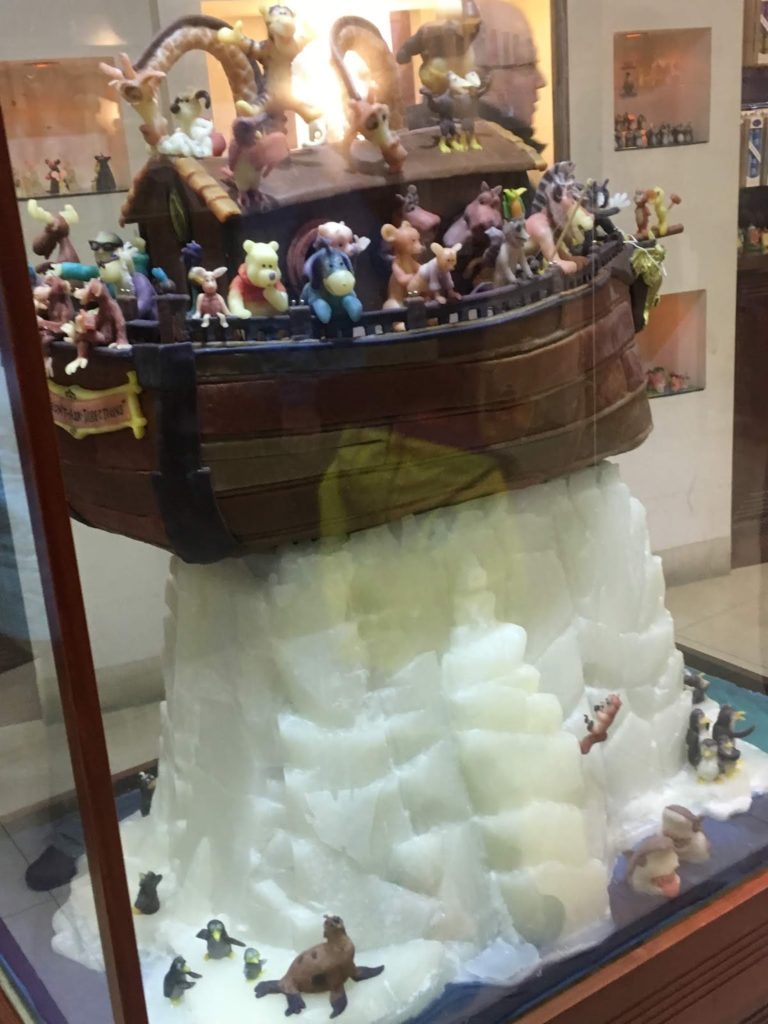 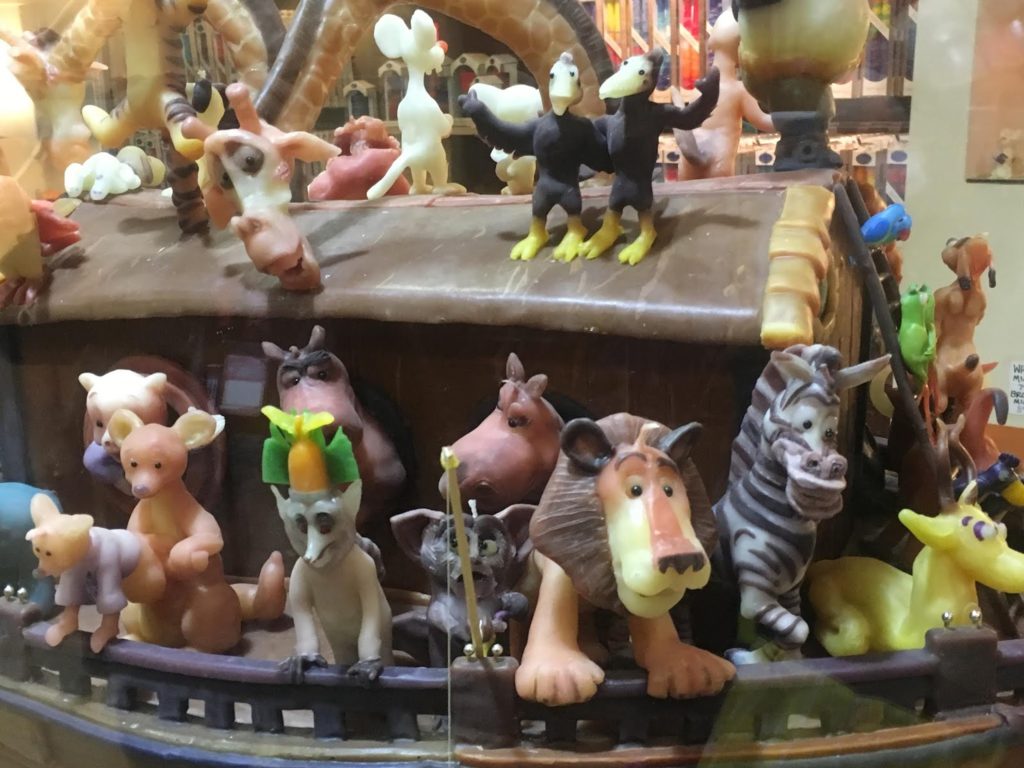 The city has an enormous arts community with the fairly common (paintings) and the pretty wild, like a wax/candle shop that makes amazing sculptures. I had a lemonade prepared in front of me by the person reaching out the glass-less window next to him and plucking a fat lemon directly off the tree. Mixed with water and sugar stripped directly from a piece of sugar cane I couldn’t say it was the best I’ve ever had, but it was certainly the freshest.There were art galleries, shops, and museums to visit and we walked through them all. 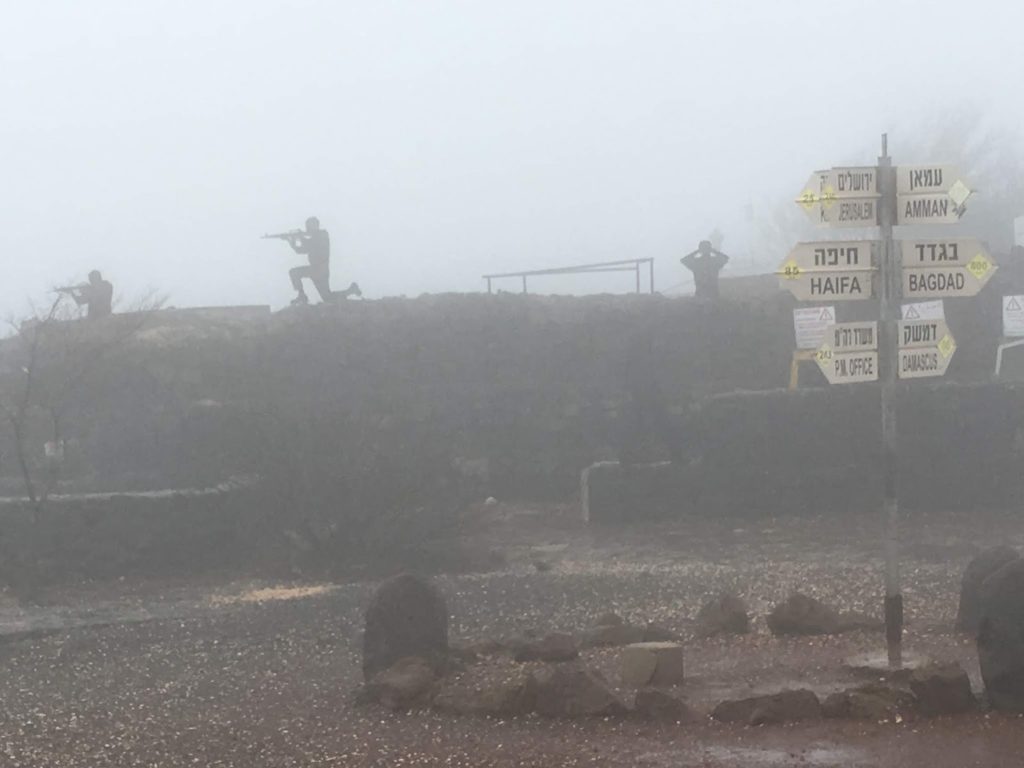 Next we drove up the Golan Heights and the weather went from a bit chill, to cold, to wow that’s deep freeze January weather!

On the way up the mountain we saw large fenced off fields still marked with land mine warnings. Left overs from the war. 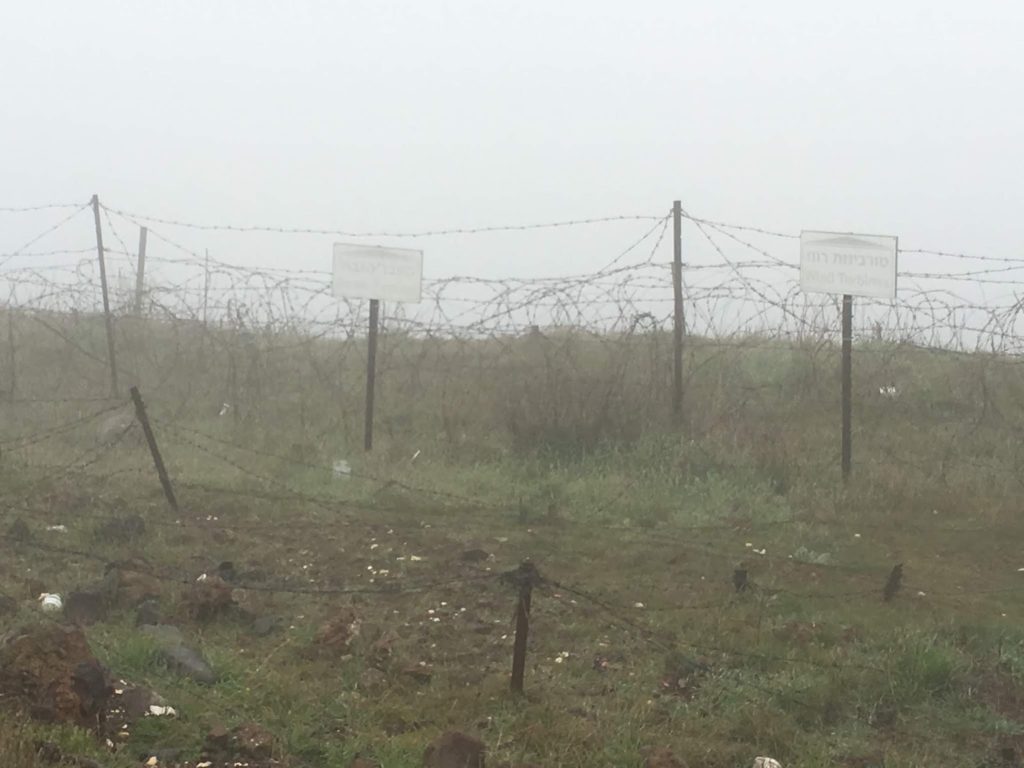 We were promised a view of Syria from the top, a former military camp and emplacement, but the weather denied us due to the cold and we were well settled in a cloud bank and could hardly see 10 feet in front of us. But we did get to crawl through trenches and emplacements, enjoy the minimal gift shop and look at photos of what we might have seen had we not been sitting in a cloud.

We THEN (no the day was not over) went for lunch at a kibbutz.  It felt a lot like an American summer camp with bunk houses, activities, and groups moving around.An emerging issue with Kibbutz’s in Israel is that they are shrinking in size and no longer able to maintain as family enterprises, having to rely more and more on hired help. Tthese group/family owned joint ventures are worth millions in profits a year but traditionally did not allow new members to join. So as the owners age out, they have come to find that the younger family members left because they were not allowed to join and there’s no one to take over.

This is compounded by the fact that they moved from farming to industry and are no longer the innocent small communities they once were. 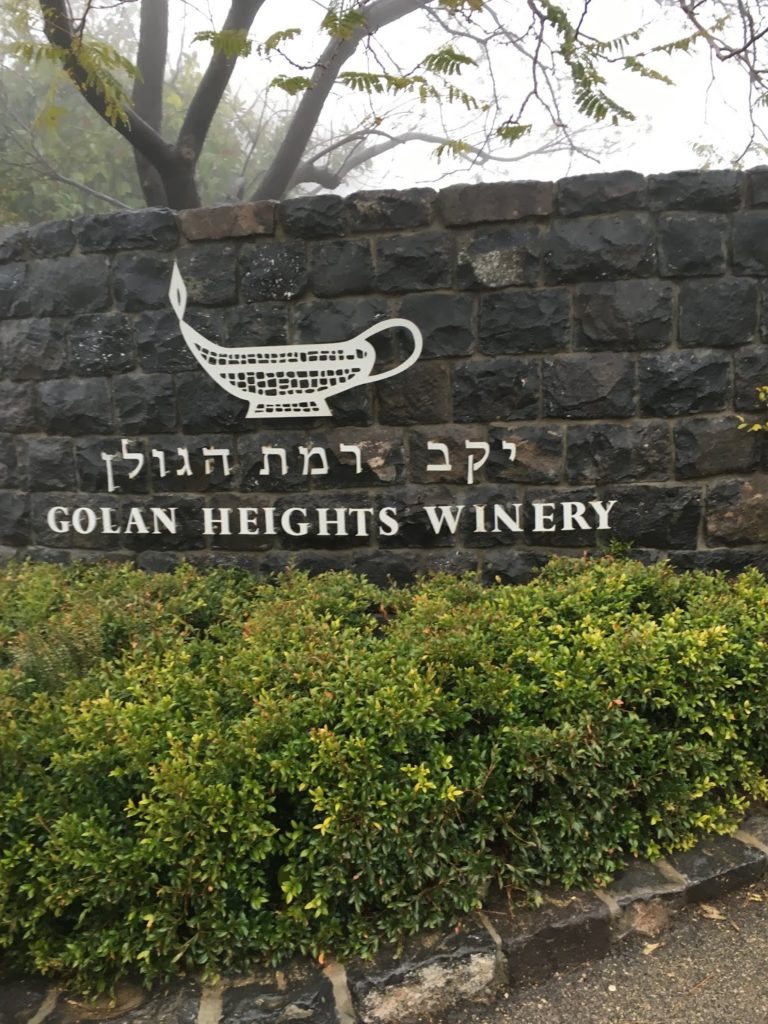 Following the lunch, we then traveled South to a winery which is a winery. It was nice, but I’m not much of one for wine, so it was basically a liquor tour with a sample at the end.

We returned to the Sea of Galilee for dinner and sleep to prepare for a full day including our first day in Jerusalem.