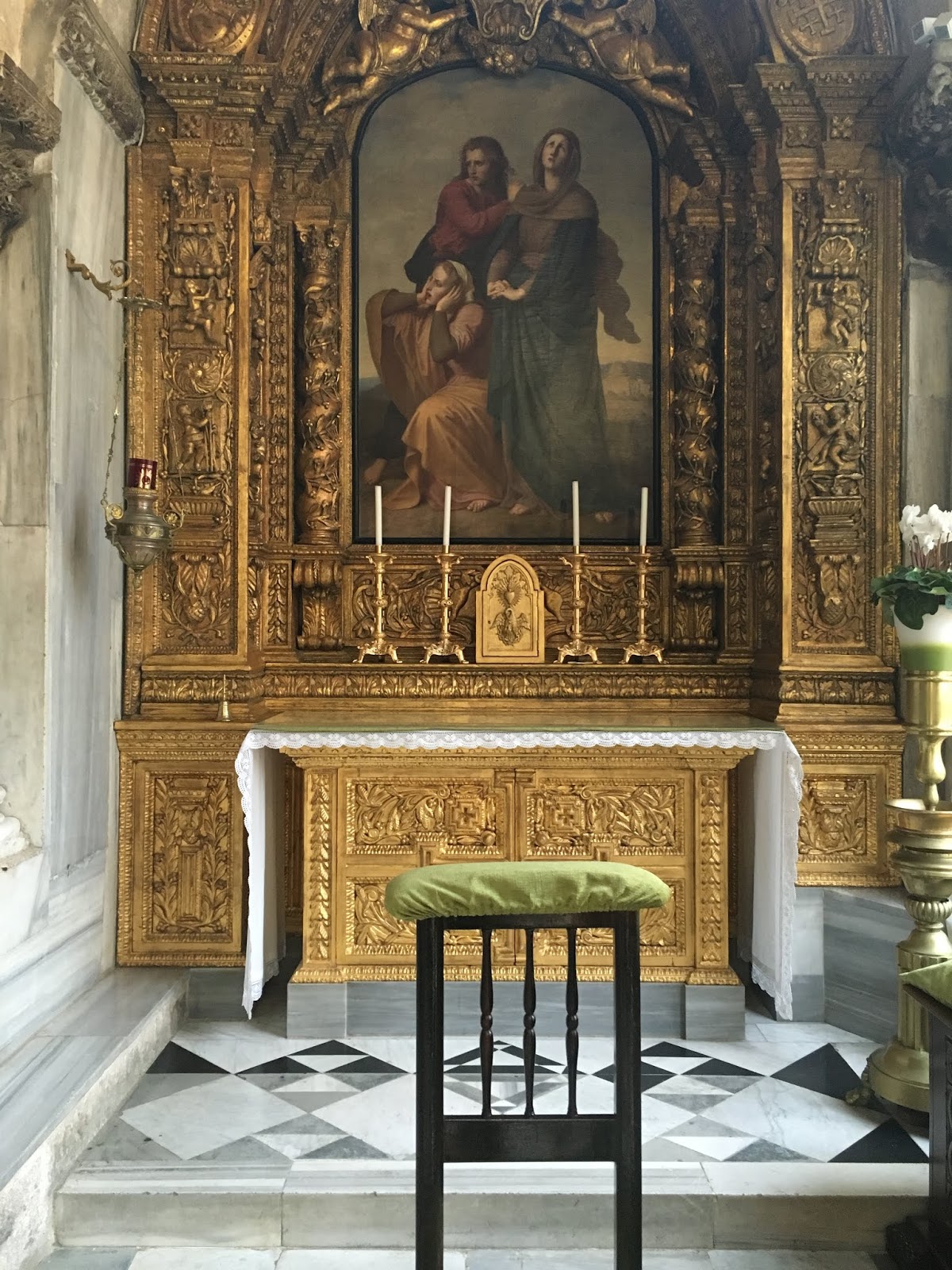 The Blizzard has not spread, but we are getting a taste of winter weather in the Holy Land.

As a group we went to one of the historic museums in Jerusalem that covered the history of the Jews in Israel from before recorded history, through exoduses, to the modern era. 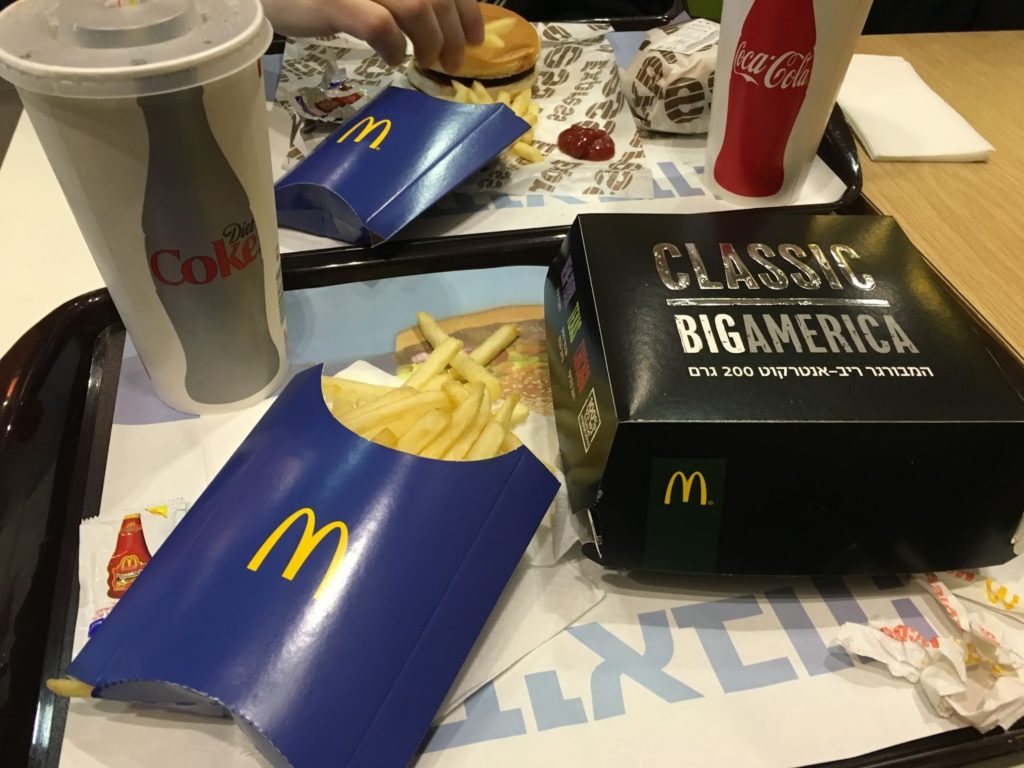 After a brief lunch at McDonalds, with an interesting menu and the first issue with finding an English speaker in Israel.

Yes. No one at McDonalds in Jerusalem spoke English. 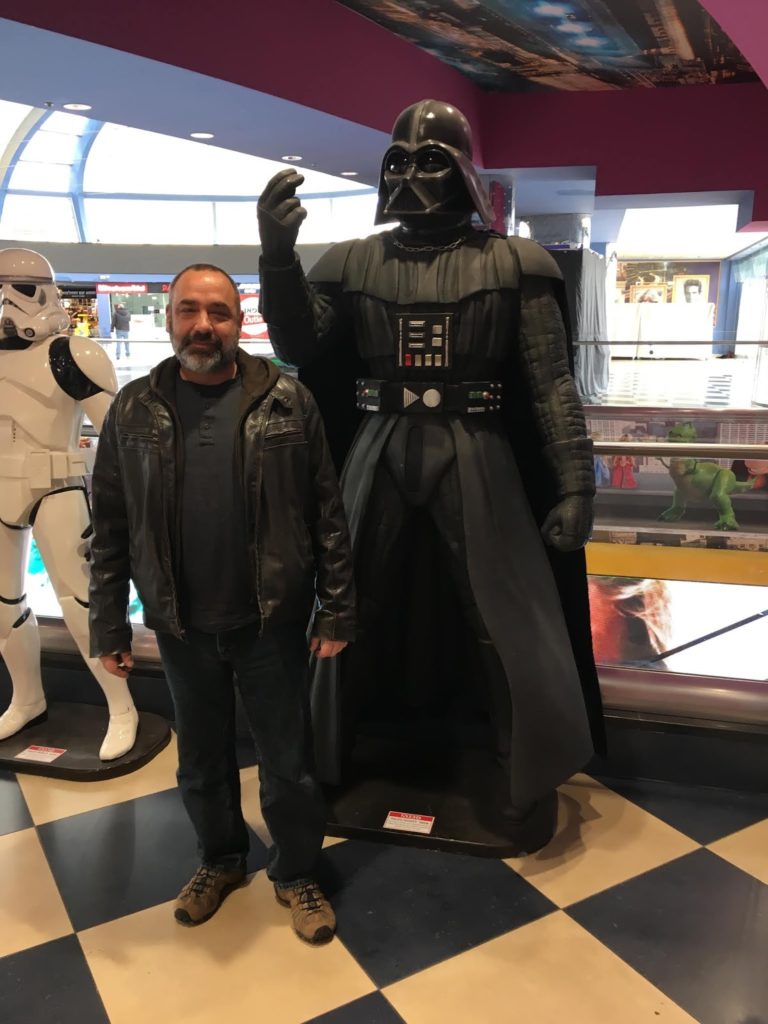 A few of us decided to brave the 1/2 inch of snow that paralyzed the city, shut down cab traffic, and emptied the streets, by riding the bus back to the Old City and going to the Church of the Holy Sepulcher. 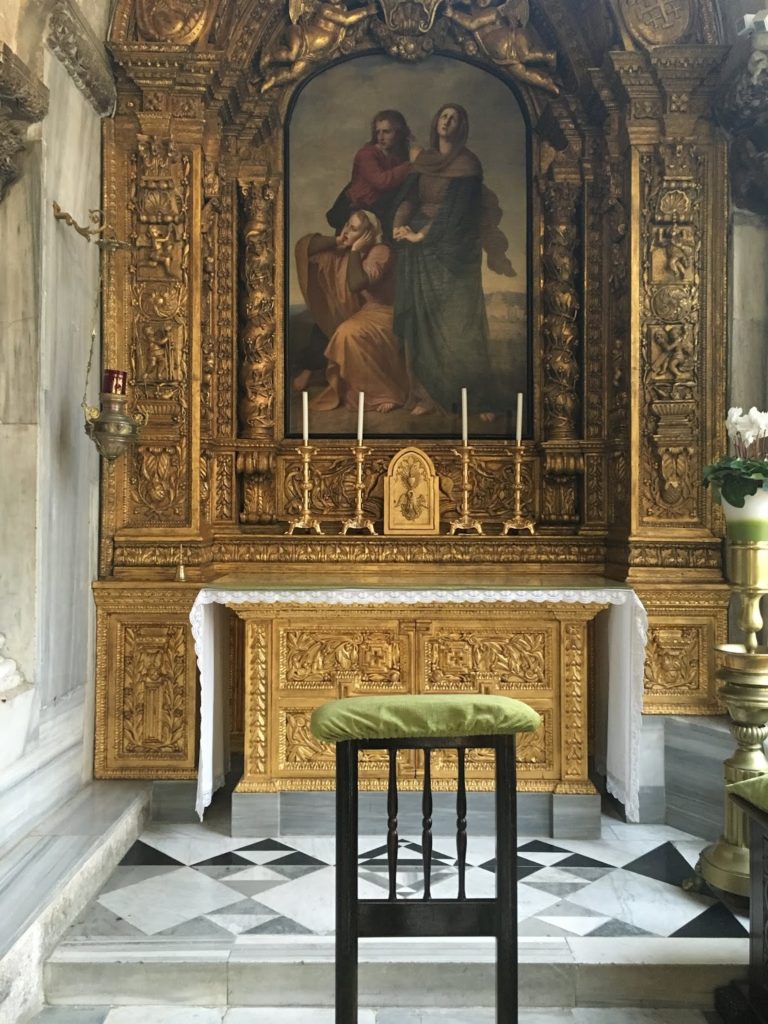 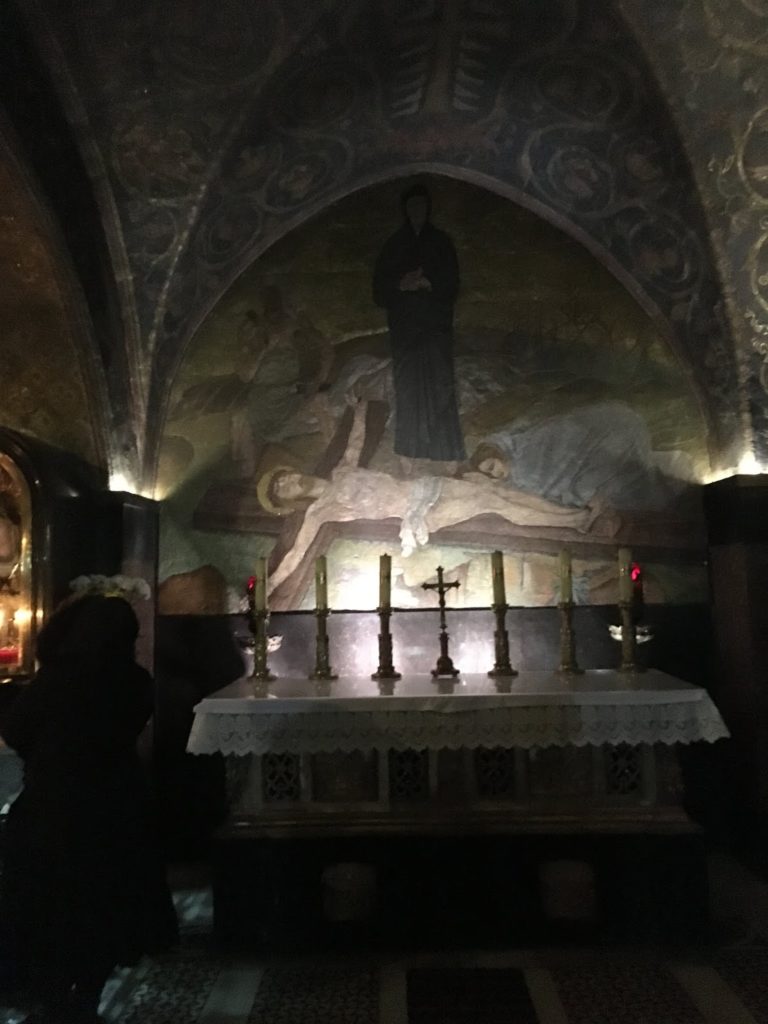 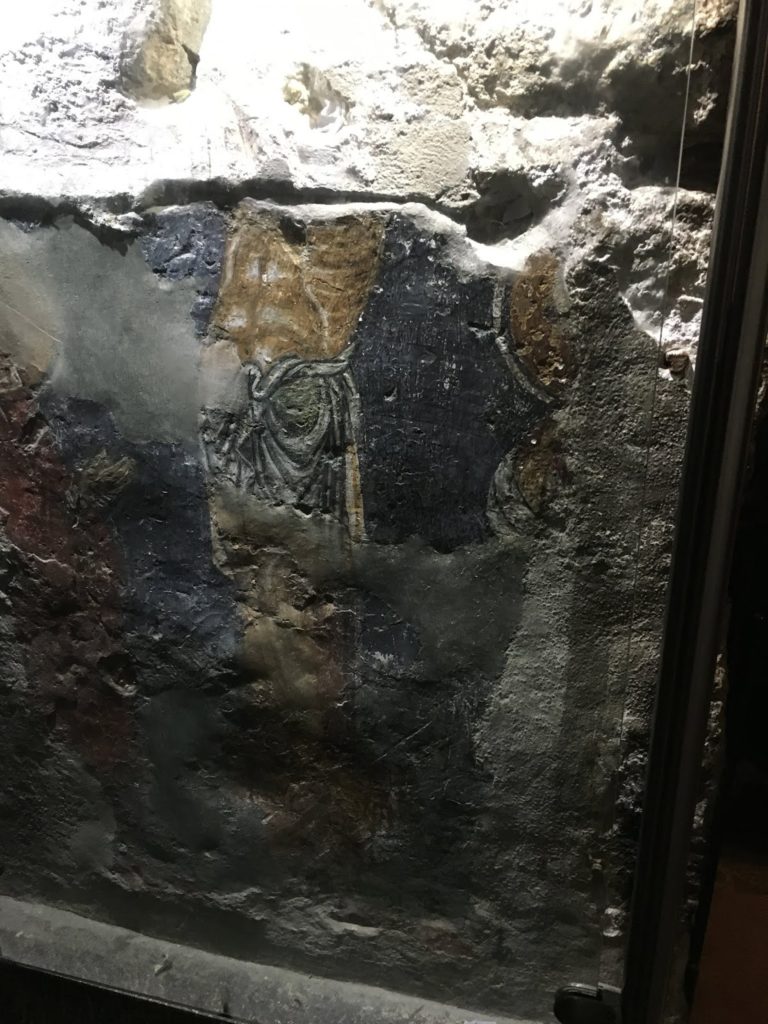 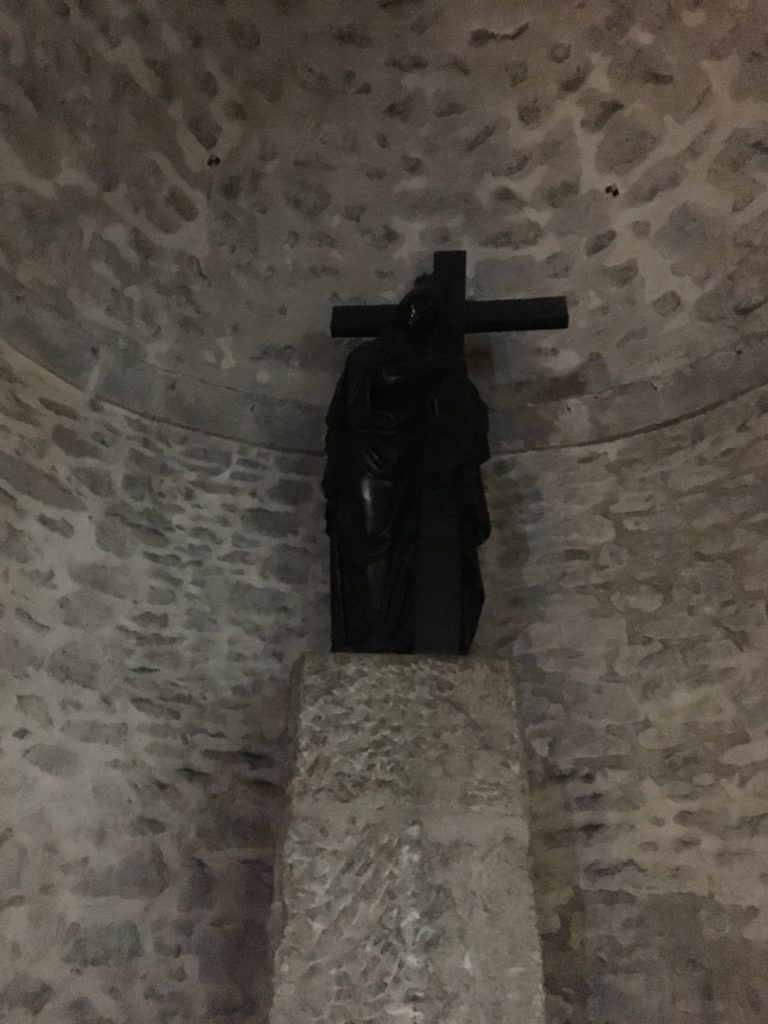 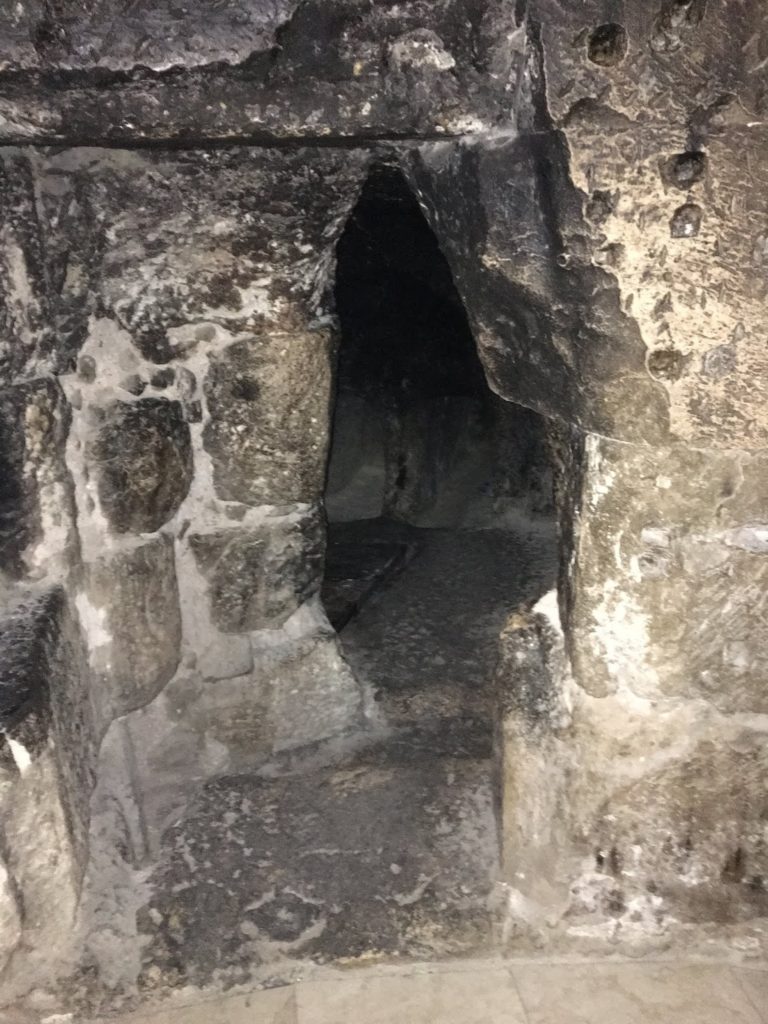 Now, instead of throngs of people, it was dead empty. We were, at one point, the only three in the church outside of the monks/priests.

And instead of long lines to get in to see the tomb of Jesus, we could literally walk in and enjoy the art and architecture. the carvings, and spend time walking the church rather than feeling rushed to move from place to place, eyes glaring if you linger too long in one of the tight spaces or in front of a slightly hidden nook.

It was fabulous, it was exquisite, and it was humbling. To have come so far, to be delayed returning home by a blizzard, and then have a SECOND storm shut down a city to provide this opportunity was amazing.

The group finished with dinner that evening before finally having flights secured and we were on our way home.